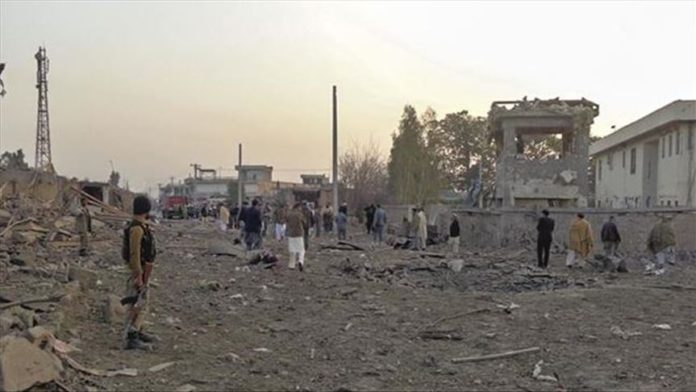 A mortar shell hit a residence in Afghanistan’s eastern Nangarhar province, killing at least six members of a single family, an official said on Monday.

Attaullah Khogyani, spokesman for the governor, told Anadolu Agency the incident took place in the Sherzaad district when the government forces were engaged in a clash with the Taliban.

Khogyani confirmed five children and their mother lost their lives and four other children were injured in the incident.

An investigations has been launched to determine who fired the mortar, he added.

The Taliban have not commented on the incident yet.

Meanwhile, the Afghan government on Monday once again urged the Taliban to shun violence and declare a cease-fire amid the stalled peace talks.

Official sources told Anadolu Agency the Afghan delegation was all set to depart for Qatar, Doha to commence the long-due talks with the Taliban.

The Afghan government and the Taliban continue to trade barbs, both physical and verbal, as peace negotiations have stalled due to differences over the exchange of prisoners agreed under the US-Taliban deal in February.