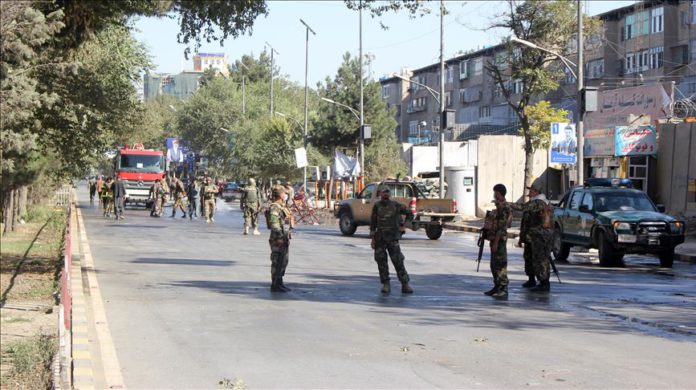 Multiple mortars were fired by unidentified assailants towards the diplomatic enclave in the capital Kabul amid Independence Day celebrations in Afghanistan Tuesday, an official confirmed.

Interior Ministry spokesman Tariq Arian said at least 14 people, all civilians – including women and children – got injured in various parts of the city due to the firing of at least 14 mortars.

Shells were fired from two cars that have been traced, and two people have been taken into custody, he added.

No one claimed responsibility for the attacks, which coincided with Independence Day events at the presidential palace, Defense Ministry, and other government offices within the highly-secured diplomatic zone.

The attack also disrupted the live telecast of the high-profile celebrations by the state broadcaster RTA.