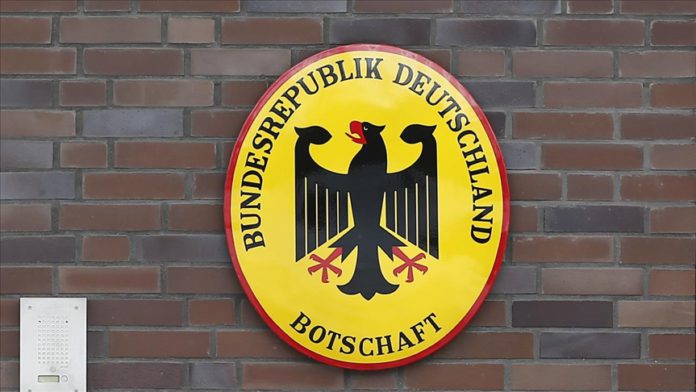 Morocco announced Monday that it is suspending all contact with the German embassy in Rabat.

The Moroccan Ministry of Foreign Affairs said Morocco decided on the move “due to deep disagreements concerning crucial issues,” without elaborating.

The message, which was conveyed to Cabinet members, added that “deep differences concerning the fateful issues of Morocco necessitated severing of relations between ministries and government institutions with their German counterparts, in addition to cutting all ties with German institutions of cooperation and political societies.”

There was no immediate comment from the German embassy.

While the statement did not clarify the nature of the “differences,” Khaled Yaymout, a Moroccan international relations researcher, told Anadolu Agency that Rabat’s severing of relations with the embassy is related to the issue of the Sahara region.

He added that Morocco has a problem with Germany on two main points, the first being “German technical and military dealings with Algeria that support the Polisario [Front].”

The second point, according to Yaymout, is that “Germany will stand against the arrangements of European Union member states who support Washington’s recent decision to recognize Morocco’s sovereignty over the Sahara region.”

On Dec. 10 last year, the US announced its recognition of Morocco’s sovereignty over the Sahara region and opened a consulate in the city of Dakhla in the disputed territory between Rabat and the Polisario Front, a politico-military organization backed by Algeria.

Since 1975, there has been a conflict between Morocco and the Polisario Front over the territory of the Sahara, which began after the Spanish occupation ended its presence in the region.

It turned into an armed confrontation that lasted until 1991 and stopped with the reaching of a cease-fire agreement under the auspices of the UN.

Rabat insists on its entitlement to the Sahara region and proposes expanded autonomy under its sovereignty, while the Polisario have called for a referendum to determine the region’s fate, a proposal supported by Algeria, which is hosting refugees from the region.