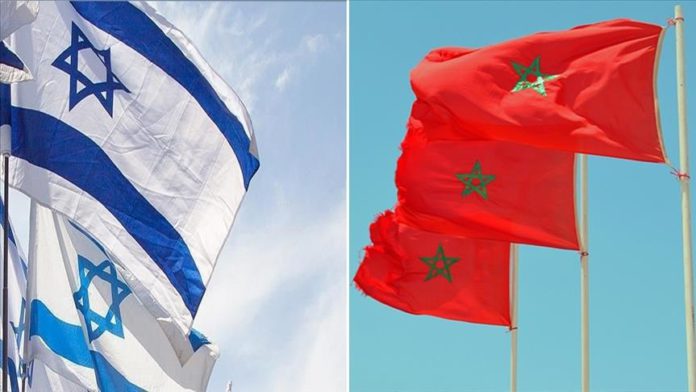 The Justice and Development Party released a statement on the issue for the first time since US President Donald Trump announced on Dec.10 that Israel and Morocco “have agreed to full diplomatic relations”.

The statement stressed that it is important to stand behind Moroccan King Mohammed VI regarding the steps Morocco has taken to strengthen its sovereignty over the Sahara region and the country’s unchangeable approach toward the Palestinian issue.

The recent normalization deal between the two countries sparked outrage within the party, which had rejected any normalization with Israel since its establishment.

King Mohammed VI received a joint US-Israeli delegation Tuesday that arrived in the country to finalize the normalization deal between Jerusalem and Rabat.

A joint cooperation agreement was reached between the two countries in the fields of civil aviation, technology, trade, and finance and investment.

Following the signing of the Oslo accord in 1993 between the Palestinians and the Israelis, Morocco established low-level ties with Israel, but after the outbreak of Palestinian intifada (uprising) in 2000, it froze its relations with Israel.

Morocco became the fourth Arab country to normalize relations with Israel in 2020 after the United Arab Emirates, Bahrain, and Sudan.