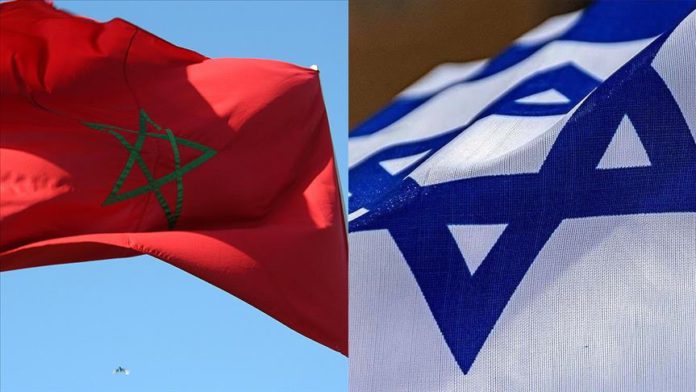 On Dec. 10, Morocco announced its intention to resume diplomatic relations with Israel “as soon as possible”.

This announcement came during a phone call between Moroccan King Mohammed VI and US President Donald Trump, according to a statement by the Moroccan Royal Court.

The Moroccan announcement was preceded by a tweet of Trump, saying that Israel and Morocco have agreed to normalize ties. But Rabat considers the move a resumption of stalled relations, not normalization.

The relations between the two countries had a roller-coaster journey over the past six decades.

Officially, relations between Morocco and Israel began in 1994 at a low level. But then Rabat froze them in 2000, following the outbreak of the second Palestinian intifada.

Even before the official recognition, relations between the two countries have extended to the past many decades, witnessing immigration of Moroccan Jews to Israel and meetings between officials from the two countries. That also includes a meeting between the King of Morocco and the Prime Minister of Israel.

Relations between Rabat and Tel Aviv began in the early 1960s, a period that observers deem “controversial”, during the reign of the late King Hassan II.

The late Jewish Shimon Levy, who was the director of the Jewish Museum in the northern city of Casablanca, said that Moroccan Jews immigrated to Israel in batches, for various reasons.

Speaking to the Moroccan newspaper Al-Masaa in 2009, Levy said that the first batch of Moroccan Jews had immigrated to Israel was in 1948, that is, immediately after the establishment of the Zionist state.

“Their number is estimated at 90,000 individuals, most of whom practiced simple crafts [and emigrated] to improve their social conditions,” he mentioned.

“The second group emigrated after Morocco gained independence [in 1965], and most of them did not have a desire to emigrate. They were deported, probably by a decision of the state, given the political conflict that characterized that stage of Morocco’s history,” he added.

Levy stated that the biggest migration of Moroccan Jews took place in 1967, following Israel’s victory against Arabs in what is known as the Six-Day War.

On Sept. 1, 1994, a major development took place as an Israeli liaison office was opened in Rabat, which was interpreted as Moroccan recognition of Israel. Two years later, Morocco opened a liaison office in Israel as well.

At the time, Morocco attributed the establishment of these relations to its desire to maintain dialogue and understanding, instead of using force, to reach a just and comprehensive peace.

Israel issued a stamp bearing the image of King Hassan II, after his death in 1999.

The volume of trade exchange between the two countries in that year reached about $50 million in 1999, and some 50,000 Israelis visited Morocco, according to the Israeli Liaison office in the kingdom.

On May 12, 2000, an Israeli military delegation comprising of 25 experts from the air force visited the southern regions of Morocco.

On Sept. 22 of the same year, Israeli businessmen representing 24 companies specializing in agricultural technologies, visited Morocco at the invitation of the Chamber of Commerce, Industry, and Services in Casablanca.

In 2008, the exchange of prisoners between Israel and the Lebanese Hezbollah group included the remains of three Moroccan martyrs who had joined the ranks of the Palestinian and Arab resistance in the 1970s and 1980s.

On Sept. 4, 2009, King Mohammed VI discussed with the then Israeli Prime Minister, Ariel Sharon the roadmap for peace in the Middle East on phone, as part of Rabat’s efforts to reach a “just and permanent peace.”

In February 2019, Israeli Channel 13 reported that Israeli Prime Minister Benjamin Netanyahu had secretly met with the Moroccan Foreign Minister, Nasser Bourita, in New York, on the sidelines of the UN General Assembly. There was no immediate comment from Rabat.

On April 28, 2019, the account of Israel’s official Arabic on Twitter shared a picture of King Hassan II and Peres’ meeting in Rabat in 1986.

On Aug. 24, 2020, the Moroccan Prime Minister, Saad-Eddine El-Othmani, said: “Morocco rejects any normalization with the Zionist entity because this strengthens its position in continuing to violate the rights of the Palestinian people.”

On Dec. 10, Morocco announced its intention to resume official contacts and diplomatic relations with Israel “as soon as possible.”

In a statement issued by the royal court, Rabat revealed its intention to “facilitate direct flights to transport Jews of Moroccan origin and Israeli tourists to and from Morocco”.

It spoke of “developing innovative relations in the economic and technological fields,” and stressed: “work to reopen liaison offices in the two countries, as was the case in the past for many years until 2002”.

The Kingdom attributed these anticipated steps to “the special ties between the Jewish community of Moroccan origin, including those in Israel, with the person of the Moroccan monarch”.

On the same day, Trump announced that Morocco and Israel had agreed to normalize relations between them, with American mediation.

He also announced that the US recognized, for the first time, Morocco’s sovereignty over the disputed Sahara territories with the Polisario Front, which is backed by Algeria and seeks to establish an independent state.

The UAE and Bahrain have signed two agreements with Israel in mid-September to normalize relations with Israel, in an unprecedented move.

Thus, Abu Dhabi and Manama joined Jordan and Egypt, which have peace agreements with Israel, since 1994 and 1979, respectively.

On Oct. 23, Trump also announced the agreement of Sudan and Israel to normalize relations between them.

The resumption and normalization of relations with Tel Aviv sparked widespread Arab popular anger, in light of Israel’s continued occupation of Arab lands and its rejection of the establishment of an independent Palestinian state.