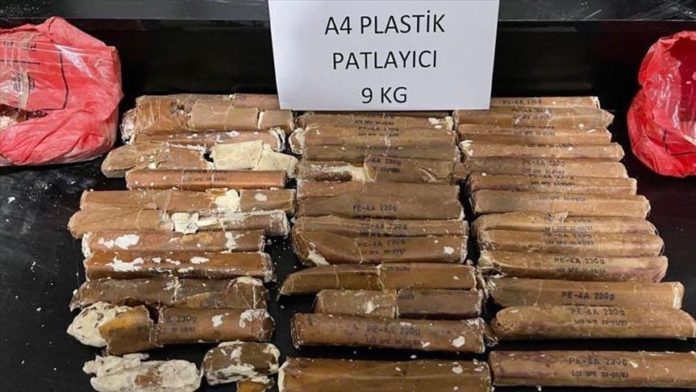 It said the explosives buried in the ground were found in a house in the Yuksekova district.

One suspect was arrested and 426 liters (113 gallons) of acetic anhydride used as heroin raw material was also seized during the operation, along with two steel vests, two drug press machines, a precision scale and a notebook containing information on drug reproduction.

Earlier in the day, more than 204 kilograms (20 pounds) of heroin were seized in a truck in Yuksekova.