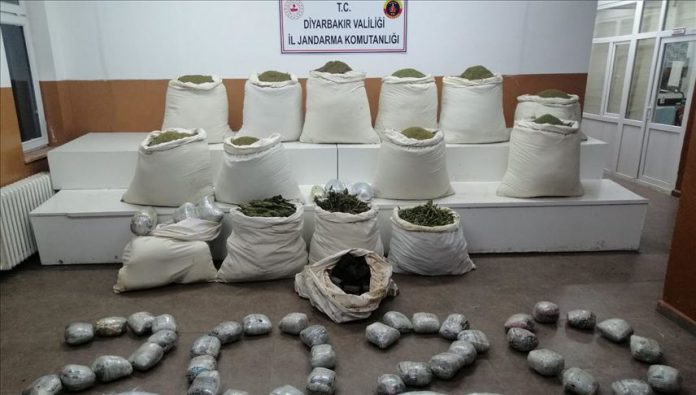 The gendarmes in southeastern Diyarbakir province seized 515 kg (1,135 lbs) of marijuana, according to the local governor’s office.

During raids at various houses in the central Eskisehir province, police confiscated a small amount of marijuana and arrested three suspects.