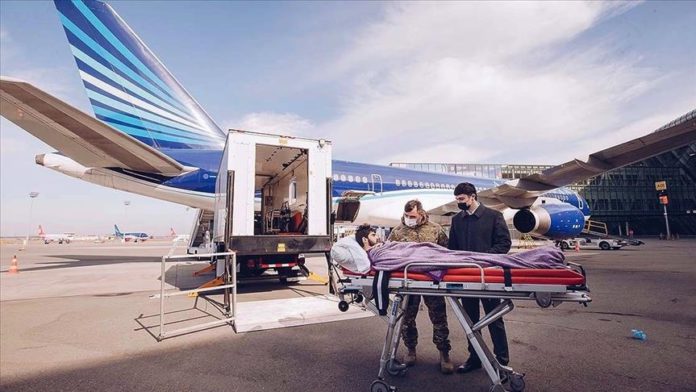 Ten more Azerbaijani veterans wounded by Armenian forces in recently liberated Nagorno-Karabakh will be shifted to Turkey for treatment, an Azerbaijani foundation said on Monday.

The opinions of Azerbaijani doctors will also be taken into account during the treatment and rehabilitation process of 10 soldiers, said the YASAT Fund, which was established to support the wounded soldiers and families of the martyred.

The statement by the fund also said the fund would continue to send seriously injured soldiers abroad for treatment if need be.

Earlier it sent 13 soldiers to Turkey for treatment.

The two countries signed a Russian-brokered agreement on Nov. 10 to end fighting and work towards a comprehensive resolution.

First round of Libyan political talks to begin Wednesday