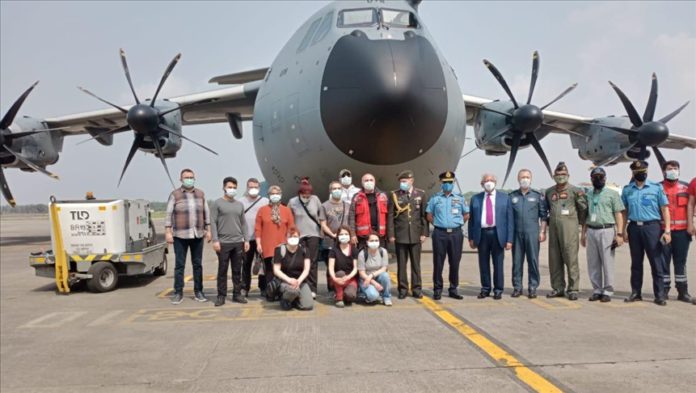 Turkey on Friday delivered a second batch of medical supplies to Bangladesh for a fire-gutted Turkish field hospital at a Rohingya refugee camp, an official said.

Earlier, the first flight with necessary equipment along with 26-member expert team arrived in Bangladesh on Saturday and already started setting up the fire-gutted hospital from the ashes with a target to resume health services by next week.

The Turkish field hospital was completely destroyed in the giant blaze at the world’s largest refugee camp in Cox’s Bazar, Bangladesh. The fire also consumed over 10,000 Rohingya tents, killed at least 15 people, and injured more than 550 members of the persecuted community.

As many as 45,000 Rohingya were internally displaced due to the deadliest fire at refugee camps on March 22.

“Our hospital will be fully functional very soon, resuming its essential health services to a thousand patients daily from Rohingya and host communities,” Turan said.

Currently more than 1.2 million Rohingya, marked as one of the world’s most persecuted people by the UN, have been living in crammed makeshift tents in Bangladesh’s southern tourist-hub city of Cox’s Bazar.

Most of the members of the stateless community fled a brutal military crackdown in western Rakhine state of the home country Myanmar in August 2017 and took shelter in neighboring Bangladesh.

Frequent incidents of fire at the congested camp settlements have reportedly made life more challenging for Rohingya refugees.

Another massive fire in mid-January this year also burned over 500 shanties to ashes while dozens of minor fire incidents have also been reported since the mass exodus of the persecuted community, including the latest one on early Friday that claimed three lives and destroyed seven refugee shops.