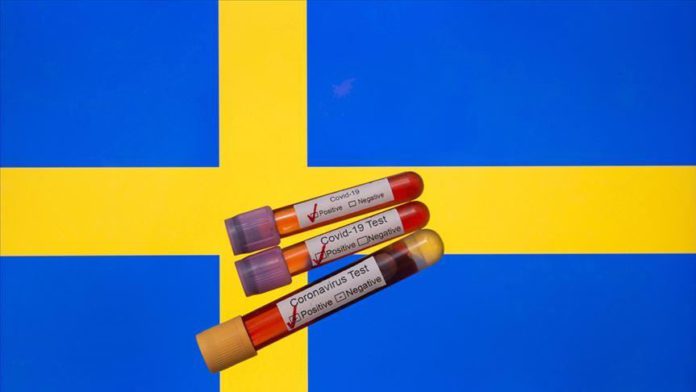 Sweden’s state epidemiologist behind the country’s no-lockdown policy in fighting COVID-19 on Wednesday admitted they should have taken more measures.

Speaking to Sveriges Radio, Andres Tegnell said the country “would settle on doing something in between what Sweden did and what the rest of the world has done.”

“I think there is potential for improvement in what we have done in Sweden, quite clearly. And it would be good to know exactly what to shut down to prevent the spread of infection better,” he added, according to a report by the local radio.

“Maybe we know that now when you start taking action off one by one, and then maybe we get some kind of lesson about what else, besides what we did, you could do without driving the total shutdown.”

Tegnell also said it is important to know which measures work the best rather than doing everything all at once.

“All other countries started with a lot of things at once, and the problem with that is that you don’t really know which of the measures you took had the best effect,” he noted.

Sweden, one of the world’s few countries that has not imposed a full lockdown during the coronavirus pandemic, insists it took the right approach, despite seeing more cases and fatalities than its neighbors.

The country of over 10 million has kept schools and cafes open and still allows gatherings of up to 50 people, relying more on advising citizens and appealing to their sense of personal responsibility, rather than restricting their movements.

Sweden’s COVID-19 mortality rate tops all Nordic countries and is also among the highest in the world.

According to the European Centre for Disease Prevention and Control, Sweden has a rate of 371.3 cases and 43.2 deaths per 100,000 population as of June 2.

The country reported 4,468 fatalities and more than 38,500 cases, according to the US-based Johns Hopkins University data.

The pandemic has killed more than 380,600 people worldwide, with total infections reaching nearly 6.4 million, while more than 2.74 million have recovered from the disease, according to figures compiled by the US-based Johns Hopkins University.

July 2, 2020
ANKARA In an attack on a rehabilitation center, 24 people were killed by unidentified gunmen amid possible gang violence rampant in north-central Mexico, authorities announced...

July 2, 2020
ISLAMABAD, Pakistan The UN Security Council has condemned this week’s attack on the Pakistan Stock Exchange building in Karachi, the country’s financial capital. In a statement,...

July 2, 2020
MOSCOW A host of amendments to Russia's Constitution were overwhelmingly approved by voters, including one paving the way for President Vladimir Putin to remain in...

July 2, 2020
ANKARA Japan on Thursday confirmed 107 new coronavirus infections, the most in two months, in the capital Tokyo, local media reported. The figure topped 100 for...