TurkishPress
Home News Morales: Unite against those who sell their homeland 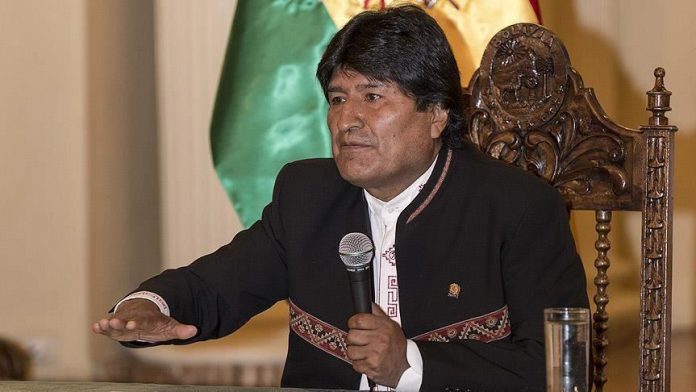 Bolivia’s president Evo Morales on Tuesday called on the people to maintain unity during a mass rally for democracy in capital La Paz.

Thousands of Bolivians gathered to support their elected leader Morales and safeguard democracy in the wake of elections contested by the opposition.

Morales slammed opposition groups that do not accept the results of a “legitimate” election and accused them of trying to stage a coup.

“… unity will always defeat those who sell their homelands, with unity there will always be more projects and development of the Bolivians,” Morales said during his address to people which

Read more: Morales: Unite against those who sell their homeland