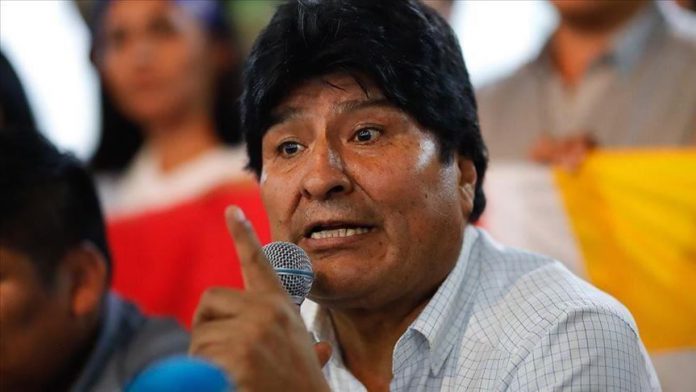 Bolivia’s former leader Evo Morales blasted the decision of electoral authority that he was ineligible to run for a seat in the country’s senate on May 3 elections, saying it was “a blow against democracy.”

“The decision of the Supreme Electoral Tribunal [TSE] is a blow against democracy,” Morales said early Friday on Twitter, adding: “The members of @TSEBolivia know that I meet all the requirements to be a candidate.”

His remarks came hours after the electoral body announced its decision on Thursday, blocking Morales from running as a candidate.

“The ultimate goal is the proscription of MAS [Movement