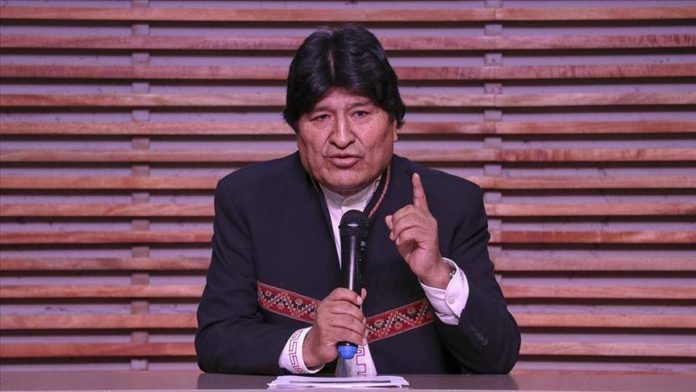 Bolivia’s former President Evo Morales on Monday condemned the statements of the Catholic Church in support of the release of former interim president Jeanine Anez.

Some hierarchs of the church “side with the oppressor, forget the humble and ask for freedom of the coup plotters subjected to justice when they never claimed or mentioned the victims of the Senkata and Sacaba massacres,” Morales said in a tweet.

The arrest warrants were issued Friday against Anez and her Cabinet members, including five government ministers and four military chiefs.

Morales took political asylum in Mexico and then Argentina after he was forced by the military to resign in 2019 following an election that showed him winning a fourth term.

Conservative right-wing Senator Anez then proclaimed herself as interim president. Her de facto government cracked down on pro-Morales protesters, killing at least 36 and wounding hundreds in what is known today as Senkata and Sacaba Massacre.

Anez, a proud Christian, in a former tweet said the natives of Bolivia who constitute more than 60% of the population, should go to the countryside.

“I dream of a Bolivia without satanic indigenous rituals, the city isn’t made for indians, they need to go back to the countryside!” she had said in an old controversial tweet.