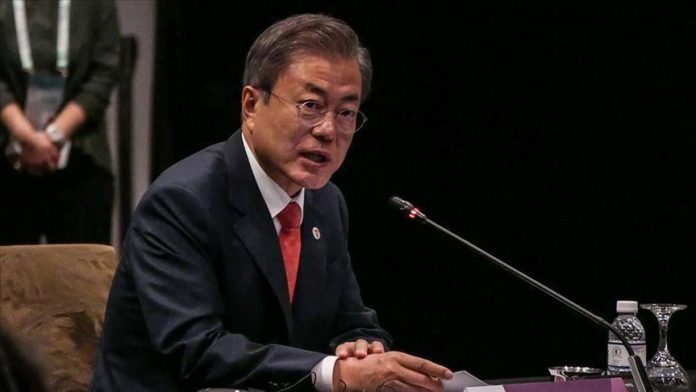 South Korean President Moon Jae-in on Tuesday insisted that more inter-Korean cooperation was imperative for easing tensions in the peninsula, according to local media.

“If [we] broaden cooperative ties between South and North to the maximum, it would not only facilitate North Korea-U.S. dialogue but also help win international support in connection with some exemptions or exceptions to sanctions on North Korea,” Moon said.

He added that Seoul will not sit