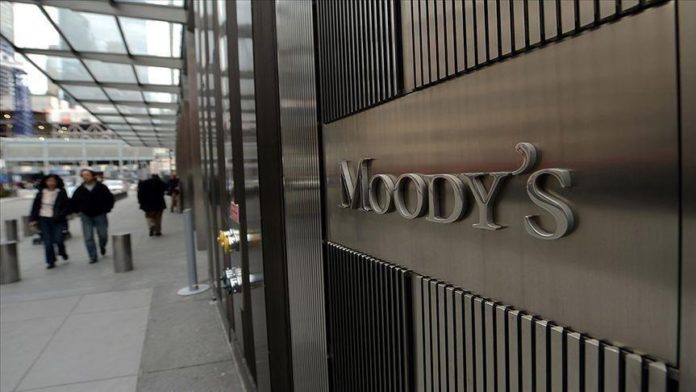 A determined set of economic reforms that address the economy’s structural imbalances while capitalizing on the country’s inherent strengths could lead to upward rating pressure over the medium term, according to Moody’s.

Following a shift in the country’s economic team last November, President Recep Tayyip Erdogan pointed to a new era of reforms in the economy and judiciary, saying that new steps will raise the standards for democratic rights and freedom.

“The policy shift since November is a clear credit positive, leading to a stronger currency, renewed capital inflows, and a stop to the bleeding of foreign currency reserves,” the international credit rating agency said.

Pointing to the need for a longer track record showing that the more consistent policy framework will be maintained, Moody’s stressed that domestic confidence has not yet been fully restored.

“Given the negative outlook, a positive outlook or an upgrade is highly unlikely,” it stressed, adding:

“However, the rating outlook could stabilize if the recent switch towards more coherent fiscal and monetary policies proved durable and started to be reflected in declining inflation, a stronger currency and diminishing levels of dollarization.”

Moody’s noted that a sustained reduction in tensions with the US and the EU would also be positive for Turkey.

Oil down with surprise increase in US crude production