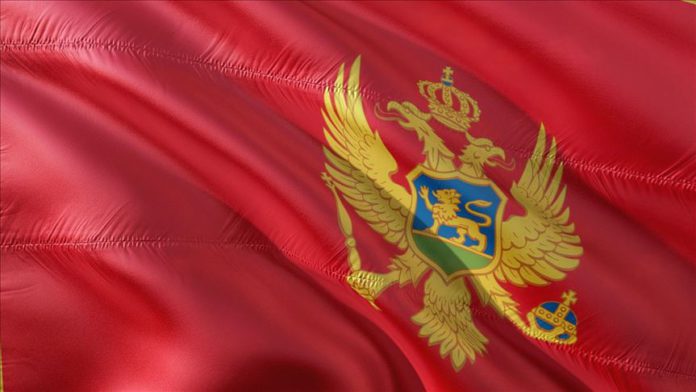 Montenegro’s Sunday general election results blink an eye to the country’s future policy in terms of its either Euro-Atlantic integration or tendency to lean more towards Russia and Serbia.

Elections resulted in the long governing Democratic Party of Socialists (DPS) winning the majority of the votes but losing in the majority in the National Assembly to the opposition wing.

President Milo Djukanovic’s pro-Western DPS, which ruled the country for 30 years, won 30 seats at the parliament, while the opposition For the Future of Montenegro alliance led by the Democratic Front (DF), leaning more towards Russia and Serbia, won 27 seats.

The DF is known for its anti-NATO stance and closeness to the Serbian Orthodox Church (SPC).

Among the other formations of the opposition, the Peace is Our Nation managed to win 10 seats, and the “Black to White” alliance won four seats.

According to these results, three opposition alliances “anti-Djukanovic” won 41 seats in the 81-seat national assembly.

The fall or overthrow of Djukanovic and DPS, who pursued a pro-integration policy with Euro-Atlantic institutions and took important steps in terms of minority rights, and the establishment of a government dominated by extreme Serbian nationalists close to the church will cause uncertainty in many points in Montenegro.

The first assembly session must be held within 15 days after the official results of the election are announced, and the head of the assembly must be elected. If the majority is not achieved, the oldest deputy will lead the sessions until the president is elected.

After the first session in the parliament, the president will begin negotiations with party representatives to form a government. At this point, the party with the majority in the assembly will be given the task of forming the government. Although this advantage is currently in opposition alliances, it should be noted that the difference is only one seat.

If the opposition wing does not get the majority, then the president can assign the task of forming a government to a name from the DPS, which is the president’s party.

If neither side fails to form a government within 90 days after the election, the president has the right to take an early general election decision.

However, if the opposition manages to form a government, the country might open a new page for its foreign and internal policy.

Montenegro currently is the closest country to the EU membership with its candidate status for the bloc’s enlargement since 2010 but many wonder what would happen to the integration process if the opposition for a government leaves the country’s pro-integration wing outside.

Referring to “Montenegro’s steady path towards the EU,” the top EU officials urged the currently forming government “to deepen and speed up political and economic reforms, particularly on the rule of law area.”

The EU acknowledges that elections were “managed transparently and peacefully” with a high turnout according to international observers, the statement added.

However, it also said that the European Commissioners also noted an “intensely polarized debate over issues of church and national identity” during the electoral campaign, as well as “a number of concerns in relation to undue advantage for the ruling party and the unbalanced media coverage.”

Those who gathered around the churches sang Serbian nationalist songs before taking some provocative actions against the Muslim population in the region from the night of the elections throughout the week.

These actions reminded people of bloody war scenes of the 1990s in the region.

Following the victory of the opposition wing, some separatist Serb politicians in the region sent congratulatory messages, celebrations in the Serbian regions in Bosnia and Herzegovina, and the waving of banners belonging to the Chetnik movement, which had done countless massacres in the region in the past, also pointed to the seriousness of the situation.

Many have chanted fascist slogans and written some of them on the walls since the election day.

The northern city of Pljevlja in Montenegro saw slogans such as “Turks, go from here”, “Who will drink Turkish blood first,” and “Every place and everybody should become Serbian”.

“The Berlin Wall in Montenegro came down tonight,” the DF’s Vice President Slaven Radunovic said in his victory speech on election night.

He said that Djukanovic’s party and his coalition partners would no longer be in power.

Meanwhile, Djukanovic has accused neighboring Serbia of waging “media and political aggression” ahead of the parliamentary vote.

“President Vucic and … Serbia … want to interfere in the internal matters of other countries and … they want to revitalize the Greater Serbian nationalism,” Djukanovic told local Newsmax Adria TV.

The Law on Religious Freedom, signed last December by President Djukanovic, envisaged the transfer of religious buildings in Montenegro to state ownership built until 1918, and was one of the most important acts that fueled the church-government conflict.

The law, which also causes tension between Montenegro and Serbia, has been protested for months with “rituals” organized by the SPC. It is known that the Serbian church, which demanded the withdrawal of the law, played an active role in the election campaign.

Some political experts argue that the church does not propagate in favor of a single party or alliance, but encourages Serbs in the country to go to the polls, while others claim that the SPC was more active in the campaign process with a large number of clergymen than expected.

Montenegro, with its population slightly over 600,000, is Europe’s one of the smallest countries that worries the region due to a possible religious or ethnic turmoil in the country likely to spread to other Balkan countries with multi-national and multi-religious structures.