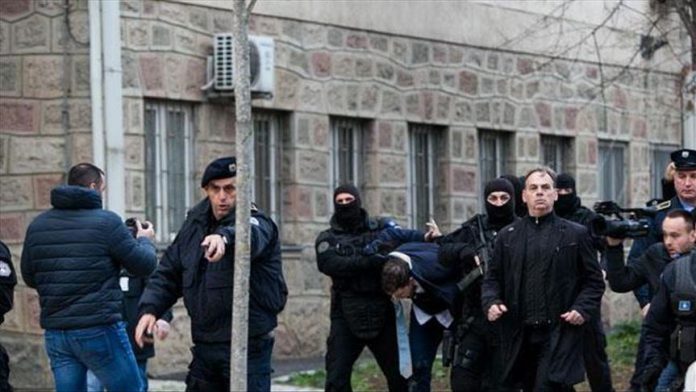 Montenegrin police arrested 18 MPs after a chaos broke out in parliament over freedom of religion law on Friday.

A bill, strongly opposed by the Serbian Orthodox Church and the opposition Democratic Front party, began to be discussed at the General Assembly on Thursday.

The opposition lawmakers tried to prevent the vote after midnight.

Afterwards, there was a melee between the opposition MPs and some ruling MPs who threw water bottles at Parliament speaker Ivan Brajovic and some deputies.

According to the footage and reports, bottles were thrown at the hall and a firecracker or tear gas canister

US Election: Biden takes lead over Trump in Michigan