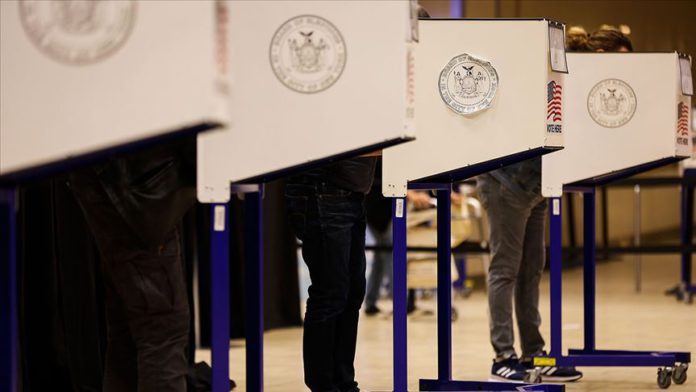 In 2016, with Donald Trump behind in the polls to Hillary Clinton, respected Republican pollster Frank Luntz called the Trump campaign a “joke,” noting that some states didn’t even have a Trump headquarters.

But Trump had a not-so-secret weapon: his raucous campaign rallies were attracting near wall-to-wall coverage on television networks. Viewers either watched in horror or in glee. But either way, they were hooked.

And Trump defied the polls and won the presidency.

In 2020, polls again show Trump losing, this time to Joe Biden, but there are some big differences this time around.

The Trump campaign is far more active “on the ground” in America now, while, ironically, the Democrats are far less active.

Democrats have been taking COVID-19 precautions far more seriously than Republicans; in Wisconsin, for example, all the Democratic party headquarters across the state have been mostly shut down since March, except for the largest one, in Milwaukee. And masks are required inside.

Democrats haven’t been going door-to-door here either, canvassing for votes as they usually do.

“It worries me to a point,” says Christine Sinicki, who leads the Democratic party headquarters of Milwaukee. “I’m one of those old-time politicians. I like the ‘retail’ politicking, face-to-face, but we realize that we are in a whole new world right now.”

But Republicans are losing ground in the money race at the most crucial time of the campaign.

The Biden campaign entered October with a war chest nearly triple that of the Trump campaign — about $177 million to Trump’s $63.1 million.

The New York Times reports the Trump campaign has slashed millions of dollars in planned television advertising and has been spending valuable campaign time on fund-raisers instead.

Some of the blame has been put on Brad Parscale, the former Trump campaign manager who was dumped in September following a domestic violence incident.

Parscale approved big spending on advertising early in the campaign that included Trump banners flown from airplanes over beaches. But that spending blitz started before the pandemic rolled into America, changing the political landscape. And Parscale is taking some blame for the president’s line of attack on Biden: that Biden is senile, which, according to some polling, is a turn-off to seniors.

And for supporters who have installed the Trump campaign app on their phone, half a dozen text messages arrive daily with increasingly desperate pleas for donations: “Can you donate $10? Why haven’t you stepped up?” read one text message last week. “The only way we can secure a VICTORY on Election Day is with YOU, friend. Can I count on you to step up?”

Still, Trump’s current campaign cash is on par with what Hillary Clinton had available at this point in 2016; as the Times points out, Trump campaign advisors just assumed they’d have a much bigger financial cushion by October.

Meanwhile, Joe Biden has maintained a mix of socially-distanced, mask-required campaign events and virtual outreach. His most important surrogate, former President Barack Obama, is on the campaign trail delivering searing attacks on President Trump, with attendees listening from their cars and honking their approval.

And Biden has stuck with his most potent line of attack: that the president has bungled the response to the pandemic. The Biden campaign is bringing in a mix of small-cash donors fueled by their disgust with Trump and wealthy donors, some writing $100,000 checks.

And companies that track tech trends find that Trump is far out-pacing Biden on Instagram and YouTube as well. Trump continues to do well on tech platforms despite several of his dubious posts on the coronavirus that have been flagged, or taken down, for false or misleading information.

Trump’s best week on social media? The days surrounding his hospitalization for COVID-19, when well-wishes poured in.

But Axios, citing information from the media intelligence company Conviva, reports that Biden is doing better in recent days when it comes to re-tweets and replies to his posts.

And in 2020, Trump’s rallies are no longer getting unlimited air time on television networks. Those mostly mask-less rallies are routinely mocked by television pundits and critics as “super spreader events.”

Luntz says Trump isn’t focused on issues that Americans care about and is instead wasting his time on attacking Biden’s son, Hunter, and his business dealings.

And on poll after poll of issues, from his handling of the coronavirus to the economy, Trump is falling behind.

Trump promotes himself as the candidate of “law and order,” particularly after a summer of protests in America. But a New York Times/Siena College poll this month asked Americans which candidate would do a better job of maintaining law and order. Trump loses to Biden on that question by a 50-to-44% margin.

“The Venn diagram of the overlap between Trump supporters and Biden supporters doesn’t exist,” says Paru Shah, Associate Professor of Political Science at the University of Wisconsin-Milwaukee.

“You’re either for Trump or against him.”

And at this late stage in the race, Shah says, neither campaign is focused much on trying to win over new supporters; it’s just about each side trying to get their own supporters to the voting booth.

In the waning days of the 2016 campaign, his voice raspy by the end, Trump crisscrossed the battleground states of Michigan and Wisconsin. Hillary Clinton barely campaigned in Michigan and didn’t campaign at all in Wisconsin, since polling in both states indicated she would win.

Trump is doing the same campaigning this year, hitting both states hard, sometimes both in one day.

In southeast Wisconsin over the weekend, 10 days before election day, thousands of mask-less supporters stood in line for hours before a Trump rally and snapped up rows and rows of Trump merchandise on tables in a parking lot.

“I think Trump is awesome. I support him and I’m just here to show him that support,” said Toni Jessen, even though thousands of Wisconsin residents have already gone to the polls in early voting. She added that she believes the number of deaths from COVID-19 in Wisconsin, now at their highest peak since the pandemic began, is “skewed.”

“I don’t believe the death rate is as high as they say it is.”

When asked about Trump’s falling poll numbers and Wisconsin’s skyrocketing coronavirus numbers, supporter Felicity Joy Solomon added, “To me, the polls mean about as much as the COVID numbers. They say what people want them to say. The numbers that matter to me are this full parking lot.”

“A lot of Trumpers, a lot of Republicans, just aren’t taking these polls,” says an indignant Ken Brown of the Racine County Republican Party in Southeast Wisconsin. “[They] have to make them up,” he says of pollsters.

There’s plenty of talk about “shy” Trump supporters who won’t admit to pollsters they favor Trump out of embarrassment. But how big a role “shy” supporters will play in the election is unknown.

And for anyone who brings up Biden’s better poll numbers, Ken Brown has a simple, optimistic, go-to answer:

“Ask Hillary Clinton how that worked out for her.”

EU calls for respect for constitution in Tunisia