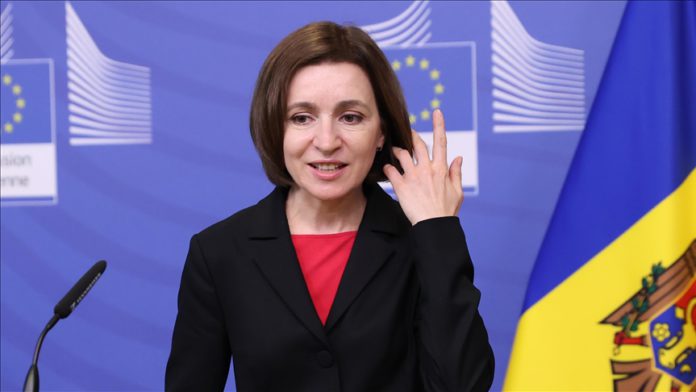 The president of Moldova on Wednesday urged the European Parliament to support her country’s EU membership bid.

“We are aware that political decisions at the EU level have to be made. We are also aware that these are not easy decisions. But granting Moldova candidate status is the right decision,” Maia Sandu told the body. “We belong in the European Union.”

On the war in neighboring Ukraine, she said that hundreds of thousands of Ukrainians have been using Moldovan land for transit since Russia started the war on Feb. 24, and that the country also hosts around 90,000 Ukrainians who fled the war.

She also underlined that Moldova immediately condemned the war on Ukraine.

Moldova formally applied for the EU membership soon after the war began, on March 3, and the country was granted EU candidate status on May 5.