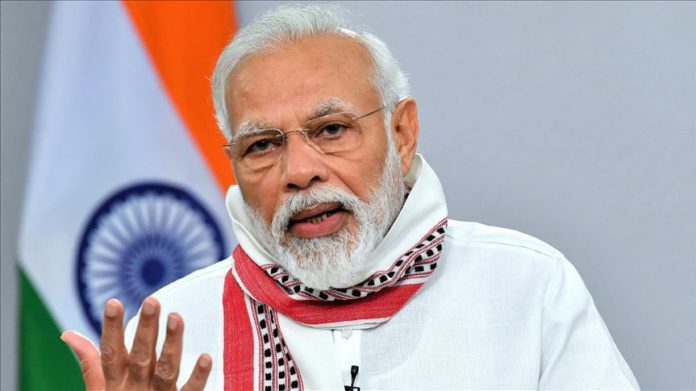 Modi will deliver an address to the country, his seventh consecutive speech on Independence Day since 2014.

A statement by the Defense Ministry said it is organizing a ceremony at the fort and “maintaining the balance between the sanctity and dignity of the National function while factoring in precautions related to the COVID-19 scenario.”

Unlike previous years when the event was open to the public, officials say participation this year would be invite-only. “About 4,000 plus invites have been issued,” said officials.

Authorities said the National Cadet Corps (NCC) cadets have been invited to attend the ceremony instead of school children.

Functions will be held in all states and union territories, where flag hoisting ceremonies will be conducted.

“In order to facilitate seamless movement with the least chances of any crowding, seating enclosures and walkways are laid with wooden flooring and carpeting. Additional door frame metal detectors, with adequately spaced markings have been provided to avoid queuing and to ensure smooth passage for all the invitees,” the ministry said, adding that members of the Guard of Honour, who will be presented to Modi, have been under quarantine as a safety precaution.

The Home Ministry issued instructions for celebrations at the Red Fort venue, including the unfurling of the national flag; a performance of the national anthem; a 21 gun salute, Modi’s speech and the release of tricolour balloons.

“The celebrations of Independence Day this year will be rather restrained. The reason is obvious. The whole world confronts a deadly virus which has disrupted all activities and taken a huge toll. It has altered the world we lived in before the pandemic,” he said.