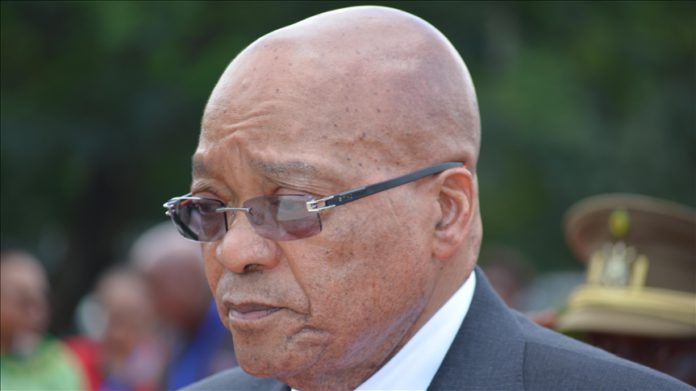 South Africans on Monday expressed mixed reactions after prison authorities announced they had granted medical parole to Former President Jacob Zuma, who had been serving time behind bars.

“News that Zuma has been granted medical parole is a questionable one considering that Zuma’s former spy boss, Arthur Fraser, currently heads up correctional services as national commissioner,” Mmusi Maimane, the leader of the One South Africa Movement, said in a statement.

Maimane said he will submit a formal application requesting the full record of the decision that led to Zuma being granted medical parole.

“This is crucial to ensure the public is taken into confidence that government’s decision was in good faith, and is furnished with both the reasons and the rationale behind such decision,” he said.

Maimane is a former leader of the country’s largest opposition party, the Democratic Alliance (DA).

Zuma, 79, was sentenced to a 15-month prison sentence two months ago by the country’s Constitutional Court for contempt after he refused to appear before a judicial commission probing graft during his nearly decade-long presidency.

The former president spent a few weeks at Estcourt prison in the eastern KwaZulu-Natal province before being admitted to a hospital where he later underwent surgery.

The Department of Correctional Services said in a statement late Sunday that it had decided to release him on medical parole due to ill health.

“Medical parole placement for Zuma means that he will complete the remainder of the sentence in the system of community corrections, whereby he must comply with a specific set of conditions and will be subjected to supervision until his sentence expires,” the department said.

Mustafa Mheta, a senior researcher at Media Review Network, a Johannesburg-based think tank, said Zuma could have been favored as Fraser, the current prisons chief, was a Zuma appointee.

“That is why he released (Zuma) on parole when he has only two weeks remaining before his retirement,” Mheta claimed in an interview with Anadolu Agency.

Civil rights group AfriForum said Monday that it views the announcement that Zuma was released on medical parole as a violation of justice.

In a statement, it said it is currently in consultation with its legal team about the possibility to apply for an urgent review of Zuma’s parole application.

However, Zuma’s admirers welcomed his release.

“The Jacob Zuma Foundation welcomes the decision of the Parole Board that H.E. President Zuma should serve the rest of his sentence outside prison,” it said in a statement, adding that the former head of state is still in the hospital.

The premier of Zuma’s home province of KwaZulu-Natal, Sihle Zikalala, wished him a quick recovery and welcomed his release. “Wishing you a smooth recovery and good health,” he wrote on Twitter shortly after the news of Zuma’s release broke.