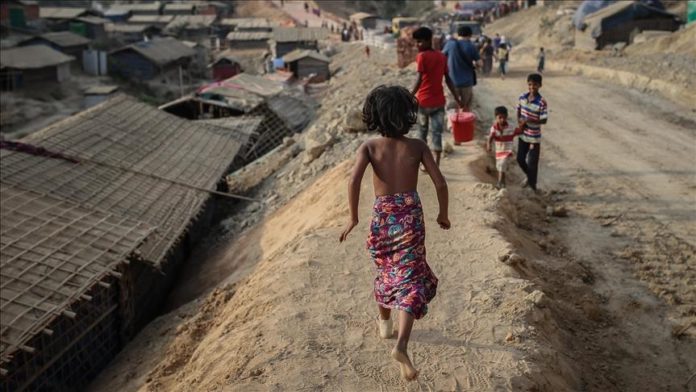 The heads of international missions are committed to continuing their support for persecuted Rohingya refugees living in congested makeshift settlements in Bangladesh, a joint statement said late Saturday.

A delegation of international diplomats including the Australian High Commissioner and ambassadors from Japan and the US recently met with Bangladeshi government officials, international aid agencies and Rohingya refugees “to reiterate their unwavering support for Bangladesh’s refugee response.”

The Rohingya have been marked as the world’s most persecuted people by the UN. They fled genocide in their homeland and have taken shelter in other countries, mostly in neighboring Bangladesh.

More than 750,000 Rohingya fled a brutal military crackdown in August 2017 in west Myanmar’s Rakhine state, where nearly 24,000 minority Rohingya Muslims have been killed.

A genocide case is currently under the jurisdiction of the International Court of Justice against the Myanmar government and its military for the persecution of the Rohingya that is also marked by the UN as a “textbook example” of ethnic cleansing.

The delegation also spoke with community health volunteers about their role in the coronavirus response in refugee camps and host communities.

According to the latest data compiled by Bangladesh’s Refugee Relief and Repatriation Commissioner, 10 refugees have died from the virus as of Friday while the number of cases is 6,030.

Bangladeshi authorities have cited the very low rate of casualties in the world’s largest refugee camps as a result of constant monitoring and implementation of proper health guidelines by the host country and continuous support by the international aid agencies.

The statement said that since the outbreak of violence in Myanmar in 2017, Australia has provided more than $240 million in humanitarian assistance to the Rohingya and host communities in Cox’s Bazar. Japan has contributed $140 million and the US has responded with $1.2 billion “to address those affected, including host communities in Bangladesh.”

The latest visit marks one year since the first coronavirus cases were reported in Bangladesh in March 2020 and the first since the October 2020 Rohingya donor conference, which raised nearly $600 million in additional funds for refugees and host communities.

Delegation members also met with courageous refugee volunteers who fight the pandemic by distributing information about preventative measures with residents in the largest camps, said the statement.