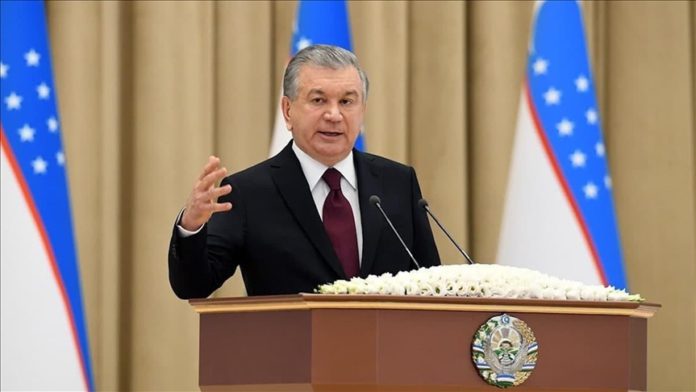 Uzbekistan’s President Shavkat Mirziyoyev is set to seek another term in office as the ruling Liberal Democratic Party said on Saturday that it will nominate the incumbent leader as its candidate in the Oct. 24 election.

Mirziyoyev was nominated by the same party in the last presidential election in the country in 2016.

According to the Uzbek Constitution, people who are above 35 and have been living in Uzbekistan for the last 10 years can run for the president as long as they are nominated by a political party.

The candidates are also required to collect the signatures of at least 1% of voters to participate in the election.

In Uzbekistan, the presidential election is held every five years. It was last held in December 2016, when Mirziyoyev garnered 88,61% of all votes against his three rivals.

'Little Amal' to begin her walk from Turkey on July 27...