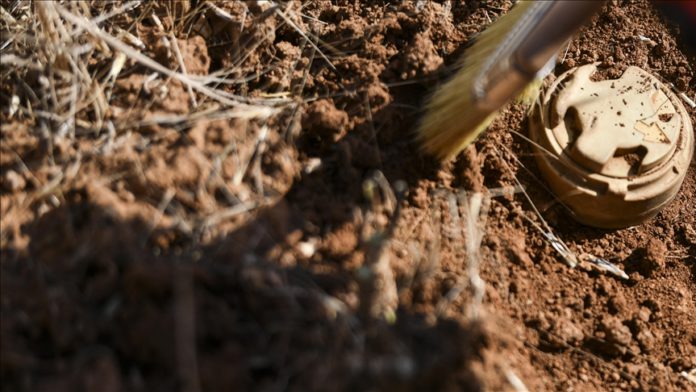 A Russian soldier died after a mine planted by Armenian soldiers exploded in Nagorno-Karabakh, according to the country’s Defense Ministry.

In a statement, the ministry said the explosion occurred in the city of Shusha when Russian soldiers were clearing the area from mines.

A soldier was injured and later succumbed to his wounds in the hospital, said the statement.

It added that the soldier was on duty at Russia’s International Mine Action Center.

Last month, a mine blast in the Suqovusan region of Upper Karabakh killed one Azerbaijani soldier and injured a Russian soldier.

Relations between the former Soviet republics of Azerbaijan and Armenia have been tense since 1991 when the Armenian military occupied Nagorno-Karabakh, a territory recognized as part of Azerbaijan along with seven adjacent regions.

New clashes erupted on Sept. 27, and the Armenian army launched attacks on civilians and Azerbaijani forces and violating cease-fire agreements.

During the 44-day conflict, Azerbaijan liberated several cities and nearly 300 settlements and villages from Armenia occupation.