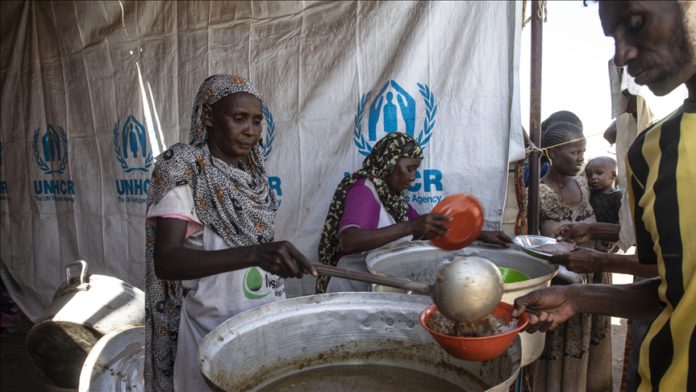 The WFP said that almost 40% of Tigrayans are suffering an extreme lack of food, after 15 months of conflict.

The WFP report “Tigray Emergency Food Security Assessment” shows that 83% of people in northern Ethiopia — which has been rocked by the war that has claimed thousands of lives — is food insecure.

Michael Dunford, WFP’s Regional Director for Eastern Africa, said in a statement that the findings of the report reconfirm that “what the people of northern Ethiopia need is scaled up humanitarian assistance, and they need it now”.

“WFP is doing all it can to ensure our convoys with food and medicines make it through the frontlines. But if hostilities persist, we need all the parties to the conflict to agree to a humanitarian pause and formally agreed transport corridors, so that supplies can reach the millions besieged by hunger.”

According to the report, most families are exhausting all means to feed themselves, with three-quarters of the population using extreme coping strategies to survive.

The report warns that the diets of a majority of people in northern Ethiopia are increasingly impoverished as food items become unavailable, families rely almost exclusively on cereals while limiting portion sizes and the number of meals they eat each day.

Away from Tigray but still in northern Ethiopia, conflict-driven displacement is pushing hunger and malnutrition rates up especially in the Afar region.

“Recent health screening data shows malnutrition rates for children under five were at 28 per cent, far above the standard emergency threshold of 15 per cent,” the UN report showed with reference to the Afar region.

Across Ethiopia, WFP said it has an unprecedented funding gap of US$667 million to save and change the lives of 12 million people over the next six months.

Ethiopia announced Monday that it has decided to airlift medical and food supplies to its northern Tigray region as deliveries via the town of Abala are blocked due to renewed fighting between Tigray rebels and security forces.

The war in Ethiopia between Tigrayans and government forces has been dragging on for more than a year.

Since November 2020, the bloody war between the two sides has left the economy battered, devastated infrastructure, and left thousands dead and many displaced.