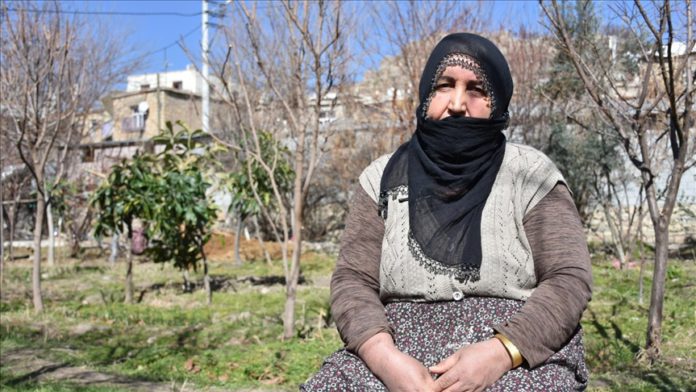 With the arrival of mechanized milking appliances funded by the state, women in eastern Diyarbakir province now expect gender uniformity in milking the cattle.

So far in the traditional village culture, only women shouldered the burden of going to the cattle and fill milk pots every day.

In mid-February, the local agricultural office of the Dicle district distributed milking machines to 120 women farmers and hundreds of kilograms of cattle feed intending to boost their incomes.

As machine makes it easier to milk the cattle, women hope that men also shoulder the responsibility to make it a gender-neutral job.

Speaking to Anadolu Agency, Nermin Akgunduz, 49, said the women spent hours milking cattle, sometimes filling pots with 45 kgs of milk every day. She said the process was not only cumbersome for women but also for the animals as well. The milking also used to put them at risk of contracting animal-borne diseases as well.

“[Milking machines] will be useful, we used to do it manually… It is not difficult to get milk from the machine. They will make the lives of women easier,” she said.

Akgunduz recalled that freezing temperatures during winters added to the struggle of working women, and it was as if they were racing against time to finish the process before the cattle were taken out for grazing.

She said it was now time for male members of families to step in.

“Life is cooperative. Men should work as much as women, and support them. I consider this as something good,” she said.

She added that the machines have allowed cattle to produce more milk within a shorter period. It has helped women not only to earn a decent living independently but has significantly boosted their confidence and incomes.

Tugba Akcekan, 24, another local woman said she would often report sick and her family was forced to sell their cattle as it was not possible to milk more than a couple of cows. With a milking machine now in her possession, the young woman has big dreams and wants male members of her family to join in milking the cattle.

“I expect my brother and father [to help milk cows]. Sure, they can. They say they could do without me now. We can easily do it, they were not able to do it but now they can,” she said.

Although rural life does not offer a variety of job opportunities for women, Akcekan said state-assisted programs such as the delivery of milking machines will pave the way for more jobs for women.

Ayse Batur, 38, said the milking machine is a great help and the only work left for humans now is to plug the pipes into the udder.

She said the women had to stay at home all the time to milk and attend to the cattle.

“You plug [milking machine] in and the machine does the rest automatically. Earlier, at the time of milking of a cow, women had to be at home… Now, whether husband or a child can do it,” she said.

“Women will now be confident and will not be dependent on men for a living and earn money on their own,” she added.

She said selling milk and cheese will earn her money and thus contribute income to her family that can be used to educate children.

“Our children will benefit the most,” she added.

The project was launched by local agricultural authorities of Dicle district to increase the quality and quantity of milk production and give financial muscle to women, besides empowering them in rural society.