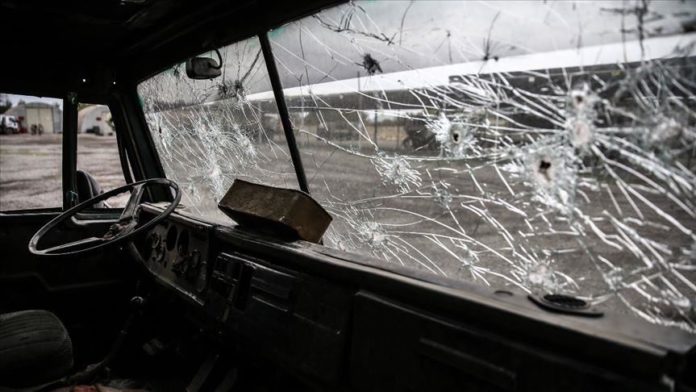 Armed militias involved in the invasion of Crimea have joined the ranks of Armenian forces to fight against Azerbaijan’s army at Upper Karabakh region.

Apart from foreign mercenaries, members of PKK and ASALA terrorist groups, as well as militants from some far-right groups in Europe, Armenia has begun using the armed militias that were involved in the invasion of Crimea.

The militias, led by Armen Martoyan, a Russian citizen of Armenian descent, are taking part in attacks against both Azerbaijani civilians and troops.

Meanwhile, Azerbaijan’s Prosecutor’s General’s Office has launched an investigation into Martoyan and his gang for “waging an aggressive war”, “premeditated murder committed by a criminal organization or community” and “illegal crossing of the Azerbaijani state border.”

As part of the investigation, the Prosecutor General’s Office will apply to the relevant state institutions of the Russian Federation for judicial assistance.

Last month, Albert Mikaelyan, an Armenian soldier who was taken captive by Azerbaijani forces while liberating the country’s territories, confessed that PKK terrorists were fighting in Armenian forces’ ranks in Upper Karabakh, which is internationally recognized as the territory of Azerbaijan.

ASALA, founded in 1975, was the first Armenian terrorist group to wage an armed campaign against Turkey.

It has not only targeted Turkey but also other countries and became infamous for a 1975 bomb attack on the Beirut office of the World Council of Churches.