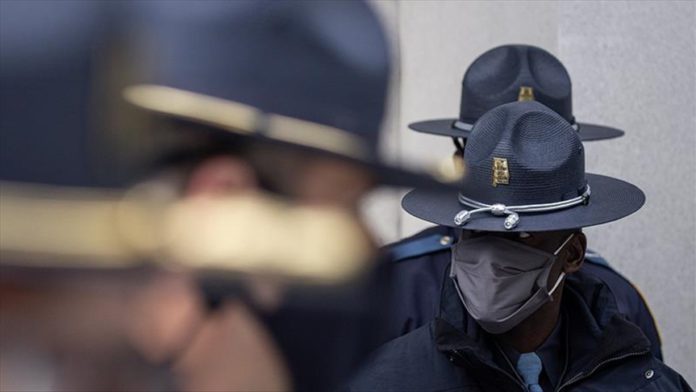 US Capitol Police will continue to maintain enhanced security as intelligence suggests that extremists can mount an attack during President Joe Biden’s first address to Congress, a top official said.

“We know that members of the militia groups that were present on Jan. 6 have stated their desire that they want to blow up the Capitol and kill as many members as possible with a direct nexus to the State of the Union, for which we know the date has not yet been identified,” Yogananda Pittman, acting chief of the US Capitol Police, told Congress members on Thursday.

“So based on that information, we think that it’s prudent that Capitol Police maintain its enhanced and robust security posture until we address those vulnerabilities going forward.”

The Federal Bureau of Investigation (FBI) also warned Thursday that a number of people involved in the Capitol riots are “still at large” and asked citizens for help.

“If you recognize this individual, submit a tip,” the agency said on Twitter, posting a close facial photo of a woman wearing a beanie inscribed with a message in support of former US President Donald Trump.

Five people were killed when Trump’s supporters stormed the Capitol in an attempt to thwart a constitutionally-mandated procedure before Biden assumed office.

The riots led to a second impeachment trial against the former president, but the Senate voted mid-February to acquit the Republican leader.