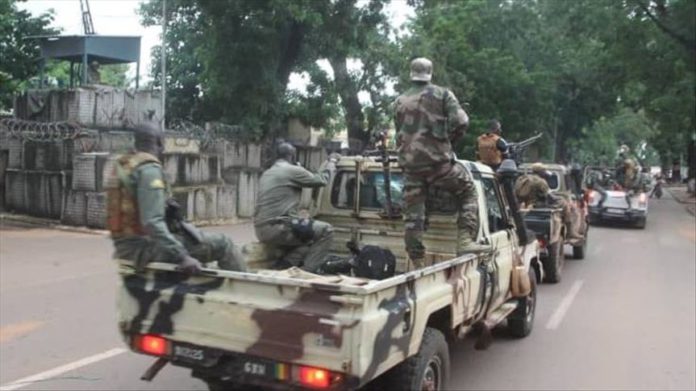 The recent military intervention in the West African state of Mali has brought into the spotlight illegal and overt attempts by armed forces to remove sitting leaders.

Military coups were common in Africa between the 1960s and 1990s after independence of most countries on the continent.

Such ousters, however, lessened over the years because of mass opposition to unconstitutional change of governments.

But on Aug. 18, 2020, Malian President Ibrahim Boubacar Keita and his Prime Minister Boubou Cisse were detained, and forced to resign by the military.

Keita came to power in 2013, and was criticized for failing law and order, and mismanagement of the economy. The country had seen protests for several months amid calls for his resignation.

Experts say coups are prevalent in Africa due to incompetent leadership and corruption.

It is estimated that there have been at least 100 successful coups in Africa in the past four decades, with more than twice the number of coup attempts.

Most military takeovers are started by disgruntled junior military officers, who are later supported by a few senior officers. Within days or hours they capture power by detaining or forcing the leaders to step down – as in the case of Mali.

Following are some of the recent, major military takeovers in Africa:

On Nov.15. 2017, the Zimbabwean military rolled its tanks into the capital Harare taking over the state broadcaster and announcing that they were in charge of the nation.

The coup plotters also immediately placed the then world’s oldest president, 93-year-old Robert Mugabe, and his family under house arrest.

This marked the end of his 37-year rule, as pressure mounted from the military, protesters, and looming impeachment in parliament.

Mugabe was toppled after speculation that he wanted his 51-year-old wife Grace Mugabe to succeed him, an idea opposed by the army.

Although the news of Mugabe’s resignation was welcomed in the Southern African country, little has changed since. The currency continues to depreciate, there is high unemployment and sanctions are still in place.

In April 2019, Sudanese President Omar al-Bashir was overthrown in a military coup following widespread street protests against his 30-year rule.

The military council then took over the administration of the North African country, announcing that elections would be held within nine months.

As part of a civilian-military power-sharing-deal reached last August, Abdallah Hamdok governs the country for a transition towards free and fair elections.

Key parts of the deal such as appointing civilian state governors and establishing a parliament, however, have not yet been implemented. Hence, protests demanding wider and faster reforms continue.

The West African country has not witnessed a peaceful transition of political power for decades since it independence, and has had 10 coups and attempts, the highest on the continent.
On Oct. 15, 1987 a bloody coup was organized by Captain Blaise Compaore against incumbent far-left President Captain Thomas Sankara, a proponent of Pan-Africanism and sometimes referred to as Africa’s Che Guevara.

This transitional government was formed in the wake of the 2014 Burkinabe uprising, when a popular movement overthrew the long-time president Compaore.

However, the military junta, headed by General Gilbert Diendere, failed to consolidate its authority and faced protests as well as intense pressure from the international community, and eventually from the regular army, to restore the transitional government.

In July 2019, some military officers seized power in the Central African country. But the putschists faced pressure from across the continent to abort their undemocratic mission immediately, and were subsequently arrested.

The landlocked East African country has also had several coups since attaining its independence from Britain in 1962.

There have been over five military takeovers with the last one in 1986 commanded by current President Yoweri Museveni, who remains in power to date.

Ugandans have not yet witnessed a peaceful transition of government.

Southern Africa has had the least number of coups compared to other regions on the continent mainly due to its strong institutions, and adherence to democratic rule.

Lesotho has so far seen two coups while Zimbabwe one.

18 killed in mudslides and floods in Brazil