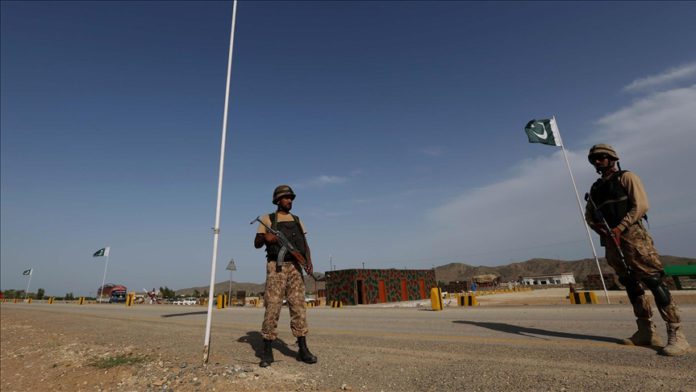 Pakistani security forces on Tuesday claimed that they killed a key militant leader who was involved in the killing of four women aid workers in northwestern Pakistan.

Commander of militant outfit Tehreek-e-Taliban Pakistan (TTP) Hassan alias Sajna was killed in a security operation in the restive North Waziristan district near the Afghan border, the Pakistani army said in a statement.

The statement said Sajna was involved in the Monday morning killing of four aid workers associated with a local women’s skills development program in Mirali, a town in North Waziristan.

Security forces conducted an intelligence-based operation in Mirali and killed militant commander Sajna of the TTP’s Hafiz Gul Bahadur group during an exchange of fire, it added.

Bahadur, who is believed to have been operating from Afghanistan, is leading his own militant group within the TTP.

Sajna, the statement said, remained involved in terrorist activities against the security forces and civilians, including “bomb blasts, kidnapping for ransom, target killings, and extortion,” in addition to the recruitment of terrorists.

North Waziristan — once dubbed the heartland of militancy — is one of seven former semi-autonomous tribal regions in Pakistan where the army has carried out a series of operations since 2014 to eliminate the TTP network.

Successive operations have pushed the TTP towards neighboring Afghanistan and Islamabad claims the terrorist network has now set up bases across the border to attack Pakistani security forces.

The military operations also displaced over 1 million people, but the government claims most of them have returned to their homes.

In 2018, the tribal agencies were given the status of districts and merged with the Khyber Pakhtunkhwa province.