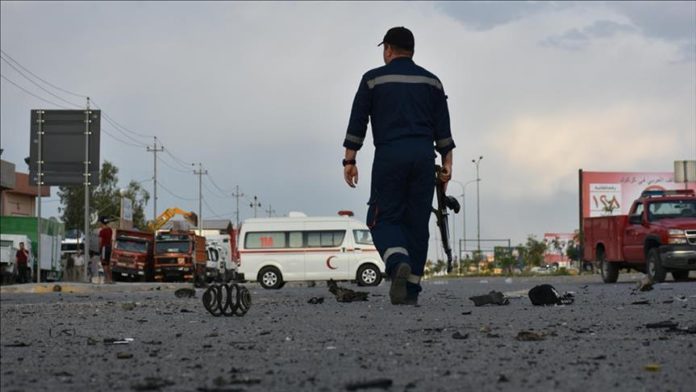 An Iraqi policeman was killed and two others were injured in an attack in the northern Kirkuk province on Sunday, according to a local police officer.

Armed men staged an armed attack on a federal police checkpoint in Riyadh district, southwest of Kirkuk, the officer said on condition of anonymity because of restrictions on speaking to the media.

The attackers fled the scene unscathed, the officer said, blaming the Daesh/ISIS group for the attack.

Iraqi authorities have yet to confirm the attack, which came one day after the killing of five policemen in a bomb attack targeting their vehicle in Kirkuk on Saturday.

The group, however, still maintains sleeper cells in large areas in Iraq and launches attacks.

Ahmed Asmar contributed to this report from Ankara.