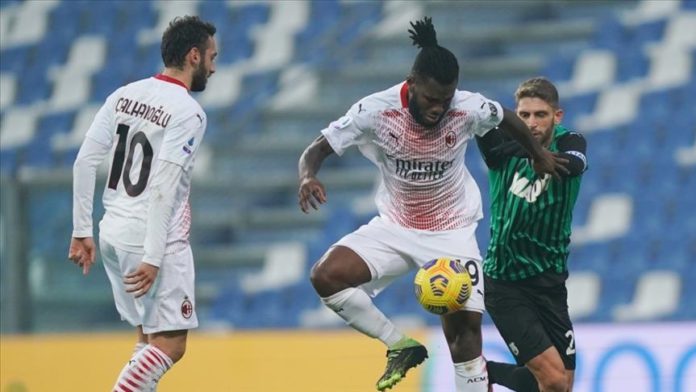 Playing for the visitors Milan, Portuguese forward Rafael Leao – assisted by Turkish midfielder Hakan Calhanoglu – scored the fastest-ever goal in the top-tier Serie A division, putting the ball in the net just 6.2 seconds after the starting whistle.

This feat easily beat the previous record from December 2001, when Piacenza’s Paolo Poggi scored a goal in just 8 seconds against Fiorentina.

Sassuolo made it 1-2 in the 89th minute of the match, as Domenico Berardi netted for the home team.

But then Milan secured the 2-1 win at Mapei Stadium.

In 13 weeks of play, league leaders Milan have racked up 31 points.

Their archrivals Inter Milan, in second place, racked up 30 points.

Sassuolo, which lost Sunday to Milan, has 23 points to be in the number six spot.