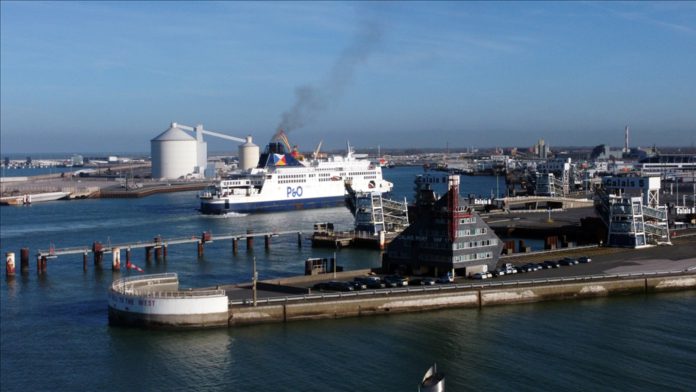 Hundreds of irregular migrants wanting to start a new life by crossing from France to the UK are continuing their anxious wait on the French side of the English Channel in harsh weather conditions.

Irregular migrants trying to reach the UK via the English Channel are gathering in the coastal city of Calais, France. The migrants – mostly from African countries – chose Calais as it is the closest port city to the UK.

While some irregular migrants try to reach the UK by boat, others try to illegally get on British-bound ships.

Migrants stay in tents in parks, under bridges, or in the forest in Calais as they wait to leave for the UK.

From time to time, local officials and police forcefully remove the tents of migrants in the area.

Some charities distribute food and clothing to the migrants.

Despite UK efforts to block the journeys, thousands of migrants manage to cross the English Channel each year.

According to the British Press Association, a total of 28,395 people arrived on the shores of the UK via small boats in 2021. This number rose significantly in November when a further 6,869 people entered the UK.

According to the Refugee Council, Joint Council for the Welfare of Immigrants, and Care4Calais, more people crossed the channel in 2021 than in 2020.

Calais has been a hotspot for migrants from war- and conflict-torn countries in the Mideast and Africa seeking safe passage to the UK, with the situation growing increasingly unstable over the past three decades.

Last Nov. 24, a total of 17 men, seven women – one of them pregnant – and three children died when a boat carrying migrants trying to cross from Calais to the UK sank in the channel.

The victims of the disaster included migrants from Iraq, Iran, Afghanistan, Ethiopia, Somalia, and Egypt.

* Writing and contribution by Jeyhun Aliyev in Ankara.