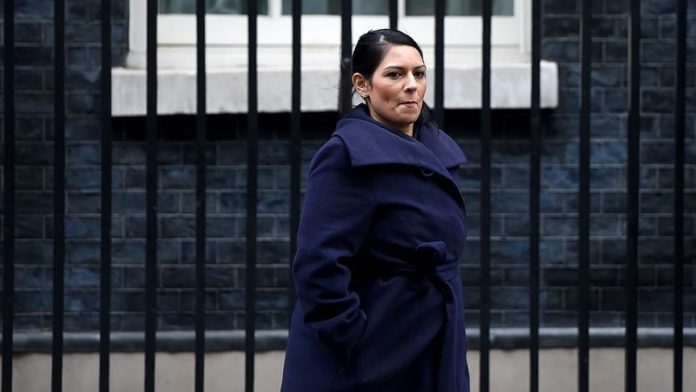 Migrants endanger their lives to cross the English Channel to reach the UK because they believe France is a “racist” country and they may be subjected to “torture” there, British Home Secretary Priti Patel has said.

Patel’s remarks came in a conference call with a group of Conservative MPs concerned about the sharp rise in number of small boats carrying migrants crossing the channel from France.

Patel said many migrants make the perilous voyage believing Britain will treat them more fairly, adding that Britain’s reputation as a tolerant country is a big draw for many.

One of the MPs, whose identity was not revealed, was quoted as telling local media that Patel “told us some believe racism to be an issue” when asked why migrants would want to reach the UK.

“They claim they feel discriminated against when, for example, looking for work in France. Others claimed they feared being tortured if they stayed in France or Germany,” the MP told the Sun on Sunday.

“Priti stressed that she didn’t believe any of this to be true. She was merely trying to explain the pull factors.”

But another unidentified MP on the call was quoted as saying that she had left an impression that Patel “did believe the French were racist.”

“She was calling them racist and she is right. They are more racist than us,” the MP told the Sunday Times.

A Home Office spokesman said the UK is working with French authorities to stem the small boat crossings.

Around 4,500 migrants arrived in the UK in 2020, almost double the number of arrivals last year, according to reports. More than 1,000 arrived in small boats within the past 10 days after crossing the channel.