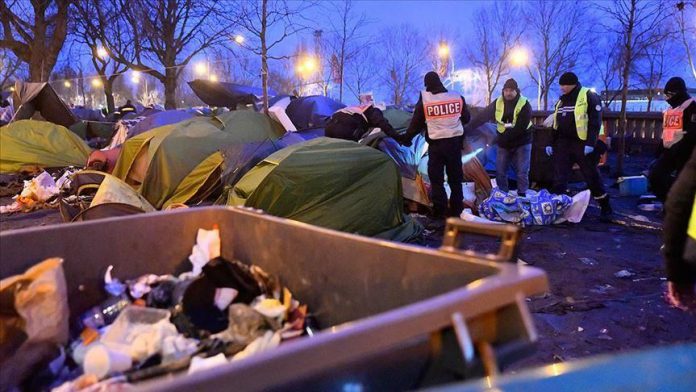 A camp in Porte d’Aubervilliers of northern Paris holding hundreds of migrants was evacuated in the early morning by French police.

Some 1,436 people, including 93 children, were taken by bus to shelter in 17 different reception centers and gymnasiums throughout the Ile-de-France.

Since 2015, 60 such dismantling operations have taken place.

The population evacuated Tuesday included approximately 34 drug addicts who were given medical treatment upon leaving.

The Mayor of Paris Anne Hidalgo was present at the scene.

“For us, the situation must now calm down in this district. This evacuation should also allow these refugees who have