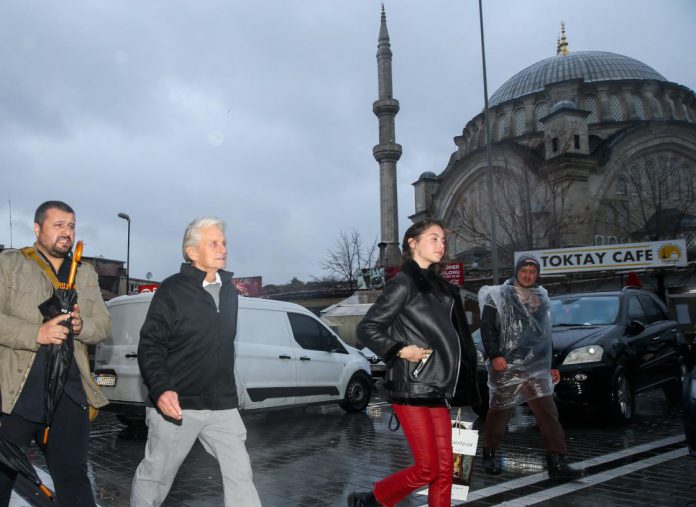 The 75-year-old actor was accompanied by his children Dylan, 19, and Carys, 16, during the Istanbul tour.

The Hollywood couple, award-wining actress Catherine Zeta-Jones, and Douglas are in Istanbul to celebrate their 20th anniversary of marriage.

The couple arrived in Istanbul on Jan. 4 after an Africa tour. They visited Istanbul’s historic Balat neighborhood on the first day of their visit.

They also visited the Hagia Sophia, a Christian church until it was converted into a mosque when the Ottoman Empire conquered Istanbul in