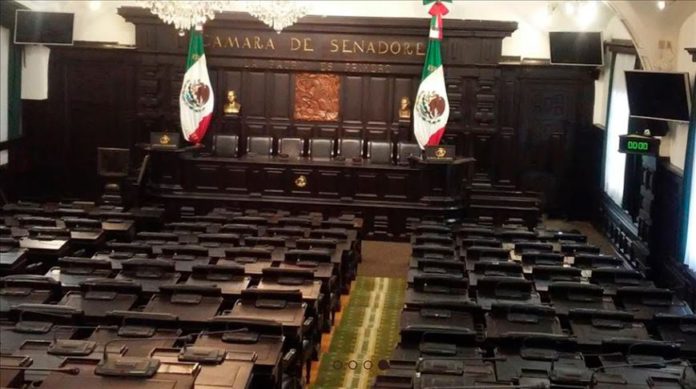 Mexico’s Senate approved a bill Tuesday that will end public funding of multiple institutions, representing a total amount of 700 billion pesos (US$32.2 billion).

With 242 votes in favor, 178 against and seven abstentions, the federal government will be able to seize the assets of 109 public trust funds.

The bill is an initiative that Andres Manuel Lopez Obrador promised to implement once elected president. Deliberation was postponed many times in an effort by the opposition to shut down the initiative. But this afternoon, Mexican lawmakers pushed it through.

The trust funds impacted multiple dependencies such as the National Center for Scientific Research, the Environmental Protection Agency, protection for people fighting for human rights, natural disaster funds and funding for athletes and moviemakers.

During a press conference before lawmakers announced the final vote, Lopez Obrador promised that no person or institution depending on the trust funds will run out of money to continue their operations, nor would any athletes or artists be deprived of financial support.

“The whole budget was used to pay the salaries of those in charge. Nothing was destined for the people. Now, most of the money will go to those in need,” he said.

According to a decree, the tributary ministry will oversee seizing and allocating the financial resources effectively, ensuring that the money will be directed to those in need.

Although the initiative may seem appropriate, retractors find the process counterproductive, as it is only securing financial resources that will ultimately end up in the hands of the federal government for their use alone, leaving workers and a substantial number of institutions that depend on the trust funds without funding.