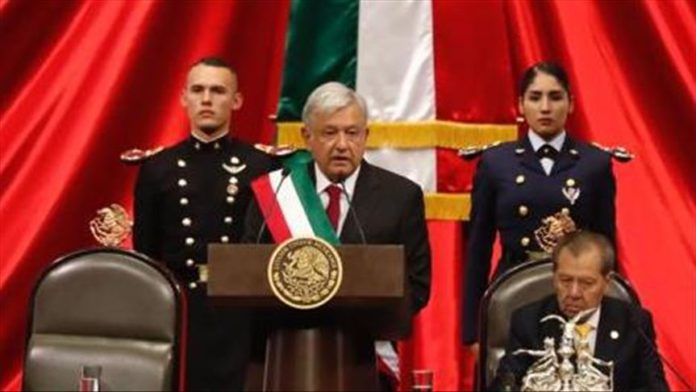 Mexico’s President Andrés Manuel López Obrador said Thursday that his administration does not have a policy of censorship or inhibiting freedom of expression after former President Felipe Calderón accused his government of being authoritarian.

“We do not censure anyone. We are not the same as previous governments,” said López Obrador.

“So if someone is saying that we censure, they are lying, they are liars, fakers, hypocrites, because that is the main characteristic of conservatism. The doctrine of conservatives is really hypocrisy,” he added, referring to his predecessor´s administration.

Tensions between López Obrador and Calderón have escalated since they began hurling insults at each other after a corruption scandal involving several former presidents came to light.

Lozoya, a former top official in Peña Nieto’s 2012 campaign, made the accusations before Mexican prosecutors earlier this month. He said he handled the bribes from Odebrecht on the orders of Peña Nieto and they were funneled into his campaign.

He said in the lawsuit he presented that Odebrecht had a relevant role in the Peña Nieto government but also in the government of Calderón.

López Obrador has made fighting corruption a hallmark of his administration and has criticized his predecessors on several occasions for endemic corruption, which he described as “Mexico’s main problem,” and for allowing drug cartels to thrive.

Calderón responded that “Lozoya is used by López Obrador as an instrument of revenge and political persecution. He is not interested in justice, but in lynching, making ridiculous accusations in my case,” he said on his Twitter account.

The president has also said that a referendum on whether to allow former Mexican presidents to face trial could be held at the same time as mid-term congressional elections next year.

“What I propose is that at the same time as the Prosecutor’s Office and the judiciary are resolving the responsibility of the presidents, a referendum can be conducted so that the people are the ones to decide,” said Lopéz Obrador.

Calderón responded by saying that only laws could bring him to trial, ‘not a referendum,’ and assured that all this was a campaign of political persecution against him, orchestrated by the president.

Lozoya, who fled to Spain after being accused of receiving bribes from Odebrecht, was extradited in July to face corruption charges in Mexico. Lopéz Obrador said his extradition would “clean up corruption” in the country.

Some accuse Lopéz Obrador of focusing on the corruption charges to distract from this handling of the coronavirus pandemic and record levels of violent crime in the country.