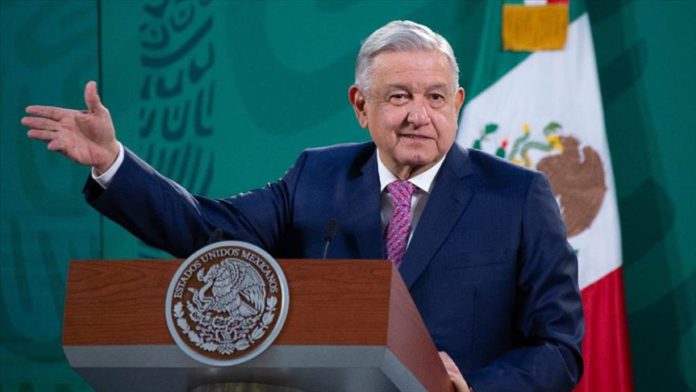 During his daily press conference, Lopez Obrador addressed the recent demonstrations by opponents of the Cuban Communist Party who took to the streets on Sunday and the US economic sanctions to the island.

For the first time in the country’s history, thousands of people demonstrated in Havana and other cities of the island on Sunday against severe blackouts, food shortages, a coronavirus outbreak and an economic crisis exacerbated by US sanctions.

“The first thing that should be done is to suspend the blockade against Cuba, as most of the countries of the world are requesting. That would be a true humanitarian gesture.

“No country in the world should be surrounded, blocked. That is the most contrary that there can be to human rights,” said Lopez Obrador at a press conference.

According to Cuba’s foreign minister, Bruno Rodriguez, the economic losses reported in Cuba due to the US economic blockade have amounted to over $144 billion ever since the sanctions began in the early ’60s, with a reported 5 billion in losses in 2020.

“You cannot create a fence, isolate an entire nation for political reasons, nor whatever reason. No one can; no one has the right to make those decisions that affect the people,” added Lopez Obrador.

In a televised address, Cuba’s President Miguel Diaz-Canel denounced the US policy of “economic suffocation to provoke social outbreaks in the country.”

During the former President Donald Trump administration, the US implemented economic measures to restrict foreign companies, effectively banning them from trading with Cuba. In addition, his administration placed Cuba on a list of state sponsors of terrorism.

“The lack of food and medicine, the problems of stores with foreign currency sales.. all those issues that are present in our society as dissatisfaction. What is the origin of it? The cause of it? It’s the blockade,” said the Cuban president.