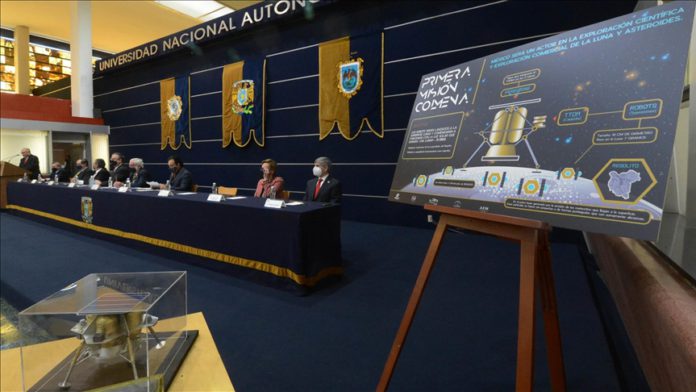 Enrique Graue Wiechers, the rector of the National Autonomous University of Mexico (UNAM), said the 30 to 60-day mission to the moon starts today.

According to the university, the mission’s goal is to place five autonomous micro-rovers on the lunar surface. The joint statement issued by the Foreign Ministry said the rovers are already on board the US spacecraft Peregrine and are expected to land on the moon in June.

Researchers at UNAM, in a joint effort with the Mexican Space Agency and the Space Instrumentation Laboratory (LINX) are behind Project COLMENA, one of Mexico’s diverse objectives in space ventures.

“COLMENA will be the first Mexican project on lunar exploration, and we are already preparing similar projects to develop technology for extracting lunar resources, for the production of oxygen, water and energy,” said Salvador Landeros Ayala, the general director of the Mexican Space Agency.

Wiechers was accompanied by Mexican Foreign Secretary Marcelo Ebrard and Hidalgo State Governor Omar Fayed as the project is backed by the Foreign Ministry and the local government of Hidalgo.

“The role of the Foreign Ministry is to support relevant scientific projects in Mexico. That is our task. And in the case of space, we have given it a high level of priority in Mexico’s foreign policy. We can and want to be in everything, in everything technological and scientific progress. Everything that suits Mexico,” said Ebrard at the press conference.

In December, Ebrard secured Mexico’s participation with 13 other countries in NASA’s Artemis program. The US lunar exploration initiative aims to send human beings to the moon’s surface for the first time in 50 years.