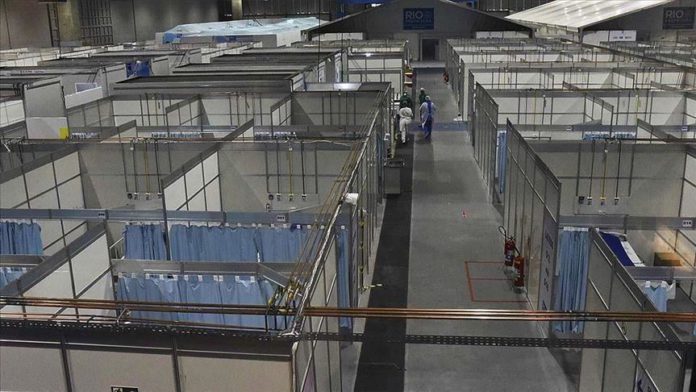 More than 570,000 healthcare workers have fallen ill from the coronavirus in the Americas, of whom 2,500 have died, Pan American Health Organization (PAHO) Director Carissa Etienne said Wednesday at a media briefing.

Mexico, where the death toll from the pandemic is the fourth highest worldwide behind the US, Brazil and India, has the highest number of infections of healthcare workers in Latin America, with one in seven infected.

Nurses accounted for 42% of those infected, doctors made up 27% and other hospital employees such as technicians, aides and maintenance and cleaning staff accounted for 31%.

Etienne said the reason healthcare workers are especially vulnerable to COVID-19 is that at the beginning of the pandemic, they took care of patients without the proper personal protective equipment and training.

Mexico’s Deputy Health Minister Hugo Lopez-Gatell said in July that many of the nurses and doctors who died of the virus had pre-existing medical conditions and that some did not use protective gear in “optimal fashion.”

Health professionals in Mexico have held many protests over a lack of adequate personal protective equipment.

The country that leads Latin America in the number of COVID-19 cases and virus-linked deaths with a tally of nearly 4 million infections and more than 123,000 fatalities has plunged into a recession, according to the official statistics agency.

Although the country’s economy contracted by a record 9.7% in the second quarter of 2020, the government is expecting to bounce back from the worst economic crisis Brazil has ever seen before the end of this year.

In addition, Brazil’s COVID-19 death toll appears to be easing, data shows. The level of average daily deaths dropped below 900 per day last week, the lowest in three and a half months.

The number of coronavirus cases in Latin America reached 7.4 million as of Wednesday as most countries in the region resumed economic activities.