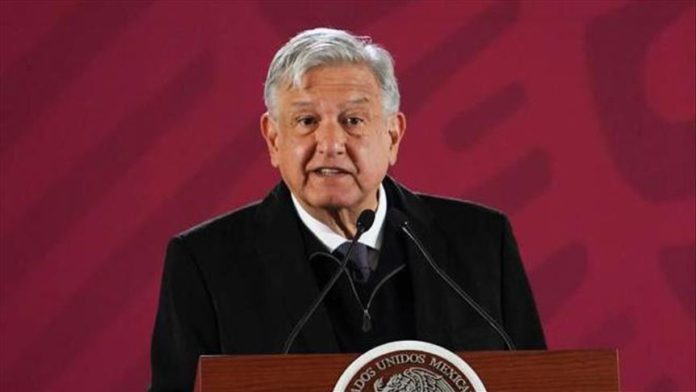 Mexican President Andres Manuel Lopez Obrador said Saturday he would refrain from declaring either candidate in the US elections a winner.

It was a matter of respect and “political decency,” he said.

“We are going to wait that all pending legal issues are resolved. We don’t want to be reckless. We must respect the autonomy of other countries,” he said at a news conference in Tabasco State in southern Mexico.

Joe Biden was declared the winner of the presidential election after he received 290 Electoral College votes, more than the 270 needed to become US president.

The Mexican leader decision was informed by his experience when he ran for president for the first time. The 2006 elections saw Felipe Calderon become president of Mexico. A victory Lopez Obrador claims was stolen and fraudulent.

“Votes were still being counted, and some foreign governments were already acknowledging the self-proclaimed winner, there was no legal verdict, and Calderon was being congratulated, that was reckless, and we won’t do that,” he said.

Lopez Obrador said Mexico did not have a problem with Biden or US President Donald Trump and stressed he has good relationships with the two men.

“I met Biden years ago. We had an interview where I gave him a letter explaining our work for Mexico.”

He was referring to 2012, when as a Mexican presidential candidate, Lopez Obrador met Biden when the American was US vice president. The letter detailed the surging violence problem in Mexico and his energetic and migration policies.

Regarding Trump, Lopez Obrador said Mexico enjoys a beneficial and respectful relationship with the US president.

“President Trump has been very respectful of us; he hasn’t interfered with our country, we made good deals together,” he said.