TurkishPress
Home News 'Mexico City and Havana are like sisters' 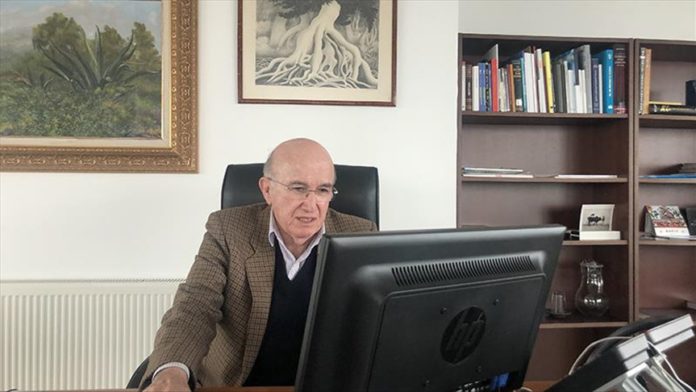 Cuba’s capital Havana is a fantastic city where you can see reality and imagination go hand in hand, said the Mexican ambassador.

Speaking to Anadolu Agency in an exclusive interview at the Alicia’s Time exhibition in the Turkish capital Ankara, Jose Luis Martinez y Hernandez said the exhibition was just how he had imagined; fully meeting his expectations.

Over 60 photos are displayed at the exhibition organized by the Mexican Embassy in collaboration with the Cankaya Municipality at the Dogan Tasdelen Modern Arts Center, the municipality’s cultural center.

Santiago Garcia Galvan, a Mexican photographer, film producer and entertainment entrepreneur, exhibited his work inspired by the famous novel, Alice in Wonderland, written by Lewis Carroll in 1865 in Havana.

The exhibition is open to public until March 28.

“We organized this exhibition amid pandemic, complied with all COVID-19 measures determined by the Turkish government,” said Hernandez, stressing the importance of such activities, where people can meet in open spaces.

Noting that this is the third event organized by his embassy during his service as ambassador, he said they are planning to hold other cultural events in the future, including a movie screening of Luis Bunuel, the Mexican-Spanish filmmaker and the father of surrealism.

“I have visited Havana, Cuba at least four or five times so far. It is a fantastic city, where you can see that reality and imagination can go hand in hand,” said Hernandez.

He also thanked the Cankaya Municipality for their collaboration and everyone who helped organize the exhibition.

“Mexico City and Havana are like sisters, having so many similarities in all aspects,” the envoy added.

Separately, Cuban Ambassador Nunez also told Anadolu Agency that he agrees with the perspective. “We share a lot in common in terms of history, culture, music and people.”

“Mexico is a city that hosted many Cuban patriots planning the rebellion in the Spanish colonization period. Fidel Castro went to Cuba from Mexico to organize the revolution we have today,” said Nunez.

“I remember my mom and grandmother always used to say that any artist in the 1940s and 1950s in Cuba, mainly in the music industry, had to prove themselves first in Mexico and then in Cuba.

“Mexico is very dear to us (Cuban people). I’ve been there several times, and wherever I went, I felt at home,” said Nunez.

Thanking the Mexican ambassador for organizing such an exhibition, Ambassador Nunez said: “Seeing all these photos taken in Havana makes me feel good and emotional at the same time since I haven’t been there recently because of the pandemic.”

He added that he feels flattered and honored in Turkey as Turkish people “have great sympathy for Cuban people, culture, history.”

Recalling that this is mutual, he said: “In Cuba, we also like your history, your pride, and how you defend your principles, country and flag.”

“We even have a statue of the Turkish leader Mustafa Kemal Ataturk in Havana. He is very dear to us,” he added.