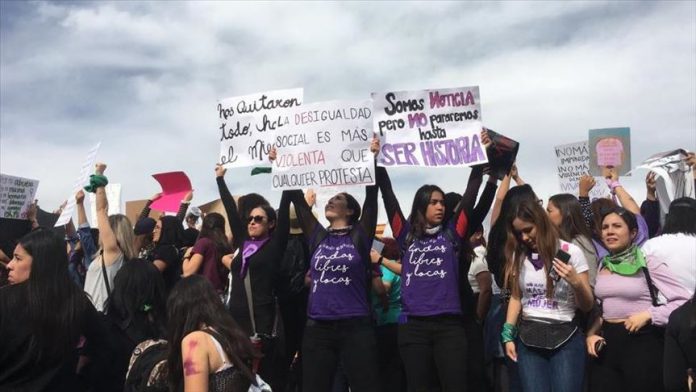 After a weekend full of feminist marches throughout Mexico, women in the country are now participating in a day-long strike in protest of violence against women.

In Mexico it is estimated that every day there are 10 femicides, or the killing of a woman based on her gender. After a series of high-profile femicides early this year, Mexican women proposed the idea of “A Day Without Women.”

On March 9, women who are participating will not attend school or work. They also won’t leave their homes or purchase anything. Many are also abstaining from social media.