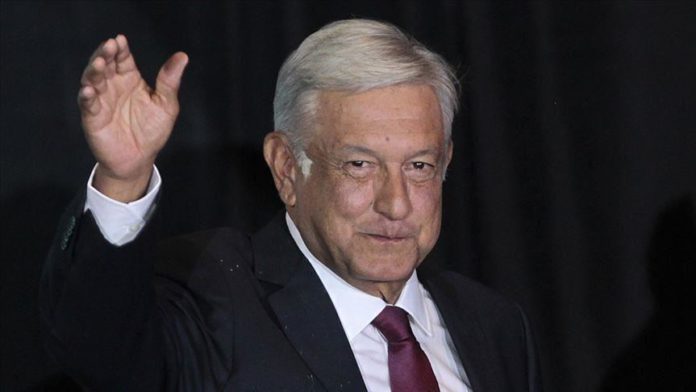 Mexican President Andres Manuel Lopez Obrador confirmed Saturday that in coming days arrest warrants will be issued for military personnel allegedly involved in the disappearance of 43 students six years ago.

“I want you to know that arrest warrants have been issued for military personnel, which are going to be executed,” he said in a news conference in front of the families of those who disappeared Sept. 26, 2014.

The disappearance of the students from Ayotzinapa Rural Teachers’ College in the state of Guerrero remains one of the most infamous incidents in recent history in Mexico.

They were part of a group of teacher trainees from Ayotzinapa who went to the nearby town of Iguala to protest discriminatory hiring practices for teachers.

As they traveled back, municipal police opened fire on buses they were in.

An official report determined the students were intercepted by corrupt police and handed to the Guerreros Unidos drug-trafficking organization whose members killed them, burned their bodies and scattered their ashes in a river. The students were allegedly mistaken for members of a rival criminal group.

The current government, however, has rejected the official version and shortly after Obrador took office in 2018, he created a special commission, named a prosecutor and launched a new investigation to find out what happened to the students and convict those who were found guilty.

Undersecretary of Human Rights Alejandro Encinas said the official version “lacks verifiable scientific evidence” based on an analysis of 80 million telephone records that were registered in the area of the disappearance.

He said since March, 34 new people have been arrested linked to the missing students, totaling 80 arrests, among them members of criminal groups and police.

There are number of suspects in prison awaiting trial, but a federal judge dismissed charges against individuals implicated in the crime and some have been released on evidence they were tortured to obtain evidence.

Prosecutors are investigating the attorney general who was in charge of the investigation as well as his top aides for allegedly mishandling evidence.

The remains of only two of the students have been found and Mexican human rights groups have said the state failed to solve the case.

Parents of the students are still pushing to find out what happened to their sons and daughters.