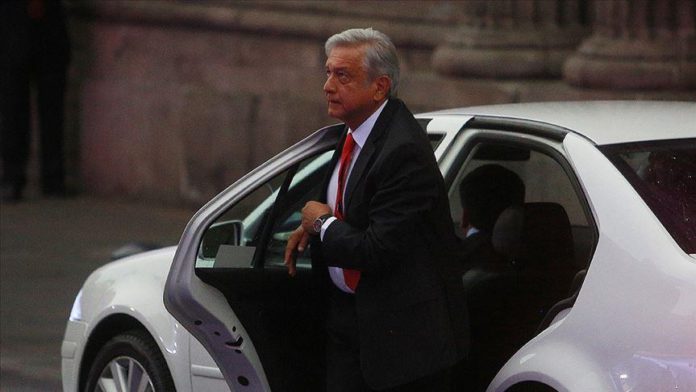 Mexican President Andres Manuel Lopez Obrador returned to office on Monday after recovering from his second infection of COVID-19.

“This variant (omicron) does not have the same severity as the previous one (delta). Anyway, we have to take care of ourselves, avoid infections, because yes, it is a very contagious variant,” said Lopez Obrador at the press conference.

The president said despite being a highly transmissible variant, there are not too many hospitalizations, which he called “the most important thing”.

During the press conference, Lopez Obrador said that his symptoms were mild, presenting only a sore throat for a couple of days, with his temperature and oxygenation undisturbed by his infection.

Attributing his mild symptoms to the vaccine, Lopez Obrador addressed the need for vaccination and vaccine boosters, saying that with the vaccine, “the symptoms are less and we do not get worse.”

Health authorities in Mexico have reported nearly 83 million people have been vaccinated, with 75 million fully vaccinated and over 7 million with at least one dose administered and waiting for their second. This translates into 155.8 million doses administered since the vaccination started in December 2020.

As Lopez Obrador explained during the press conference, while Mexico has been going through a record-breaking number of daily cases ever since the pandemic started, deaths and hospitalizations appear to not follow the trend in cases.

According to the health department, to date, there are an estimated 306.389 confirmed cases in Mexico, an increase of 136% from last week. However, the use of ventilators has shown no increase standing at 17%, while hospital occupancy has reached 30%.