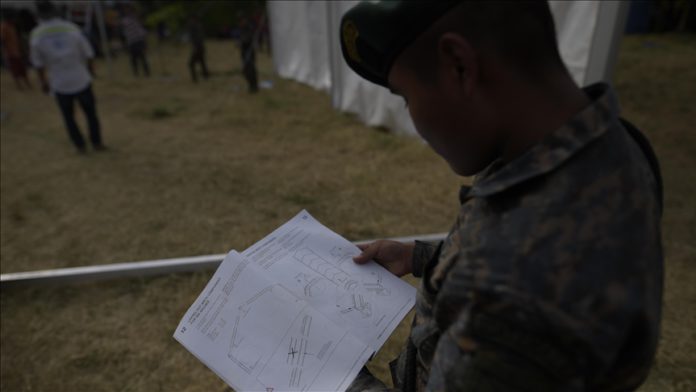 Local authorities in Mexico’s northeastern state of Tamaulipas freed 49 migrants late Wednesday at an abandoned property near an area where 19 people were murdered last month.

The migrants, most of them from Central America, were heard screaming and pleading for help. According to police, they were held captive at a “camp” in Reynosa municipality, which borders Texas.

“The police officers were alerted by a neighbor about the screams of people asking for help,” the Tamaulipas prosecutor’s office said in a statement.

There were 19 Hondurans, 14 Salvadorans, 11 Mexicans and five Guatemalans, he added.

According to the prosecution, the migrants intended to cross the northern border into the US.

“However, the people who they had the agreement with to transfer them demanded a higher payment. When they refused, they were told that they would be handed over to another group, so they asked for help.”

Last month, the charred corpses of 19 people were found in a burned-out abandoned vehicle. So far, authorities have identified two Guatemalan migrants among them.

Mexican officials recently arrested 12 police officers for their involvement in the massacre.

Every year, impoverished conditions and violence prompt thousands of people from the Central American North Triangle countries of Guatemala, El Salvador and Honduras to migrate to the US.

Criminal organizations prey on migrants in these conditions who cross Mexico, and in some cases, corrupt authorities.