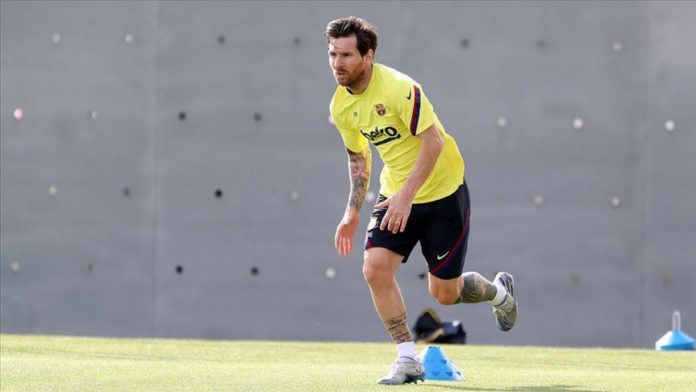 Barcelona’s Argentine football superstar Lionel Messi decided to stay at the Spanish side for one more season.

“I told the club, including the [club’s] president [Josep Maria Bartomeu], that I wanted to go. I’ve been telling him that all year. I believed it was time to step aside,” Messi told to Goal, a football news website, in an interview on Friday.

“I believed that the club needed more young players, new players and I thought my time in Barcelona was over. I felt very sorry because I always said that I wanted to finish my career here. It was a very difficult year, I suffered a lot in training, in games and in the dressing room. Everything became very difficult for me and there came a time when I considered looking for new ambitions.”

Messi criticized Bartomeu, claiming that he did not keep his word regarding his exit of the club.

Messi sent a certified burofax to the Spanish side on Aug. 25 to be allowed for his departure on a free transfer and did not join Sunday’s medical tests and pre-season training session on Monday.

But La Liga said Messi is obliged to pay €700 million ($828.2 million) if he terminates his contract unilaterally with Barcelona.

Messi added that he did not want to fight against Barcelona.

”The president always told me ‘when the season is over, you decide if you stay or leave’, he never set a date, and well, it was simply to make it official that I wouldn’t continue, but not to start a fight because I didn’t want to fight against the club.”

“The truth is that there has been no project or anything for a long time, they juggle and cover holes as things go by. As I said before, I always thought about the welfare of my family and the club.”

Getting quota for Tokyo with help of teammates’ pistol