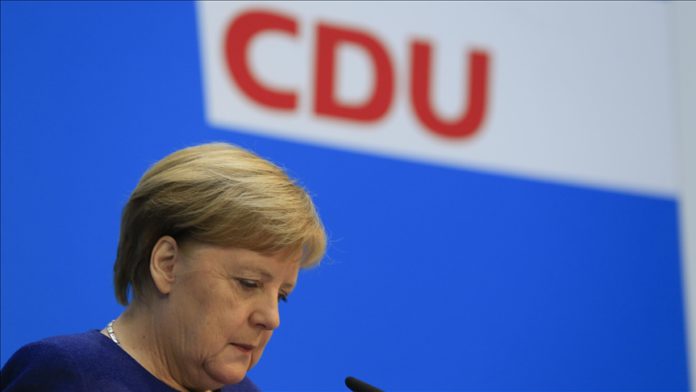 According to public broadcaster ARD’s exit poll, the environmentalist Green party managed to win nearly 32% of the vote in Baden-Wuerttemberg, a wealthy, conservative state known for its strong auto industry.

Merkel’s conservatives also suffered their worst state election in Rhineland-Palatinate, winning a record low of 26%, compared with 31.8% in 2016.

The CDU’s historical rival, the Social Democratic Party (SPD), is projected to win the elections in the state with 34.7% of the vote.

Sunday’s regional polls are widely seen as a test for Chancellor Merkel’s Christian Democrats ahead of September’s national elections.

The CDU has faced growing criticism in recent weeks due to the government’s hard lockdown measures, slow pace of vaccination, and recent scandals over the procurement of face masks.

German president: No tolerance for attacks on Muslims