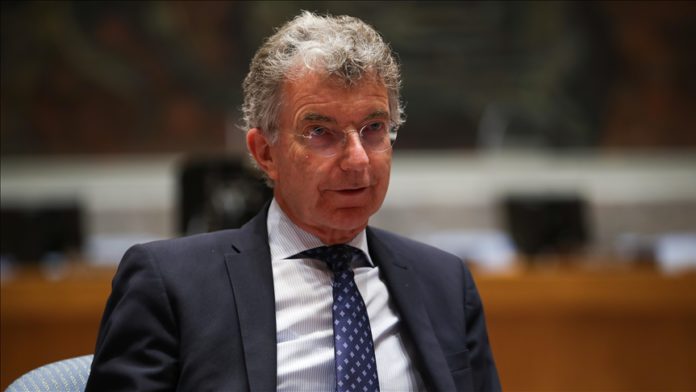 The experienced diplomat told daily Rheinische Zeitung on Monday that Germany has traditionally followed a strict arms export policy and ruled out supplying weapons to conflict regions, but there has been exceptions to this.

“It would be fair to ask the question now whether Germany should also supply weapons to Ukraine for the same reason,” he said.

Heusgen said Russia clearly violated international law by its invasion of the Ukrainian territory in 2014, and now it continues to threaten Ukraine with further aggression.

Heusgen was Merkel’s top security and foreign policy adviser between 2005 and 2017, and he served as Germany’s ambassador to the UN from 2017 to 2021. He is currently the designated head of the Munich Security Conference.

Germany’s coalition government, headed by the center-left Social Democrats, has so far ruled out delivering weapons to Ukraine, pointing out to the country’s restrictive arms export policy, and arguing that this could further escalate military tensions in the region and undermine efforts for a diplomatic solution.

Besides its opposition to the arms supplies, Berlin also remains reluctant to block the controversial Nord Stream 2 gas pipeline, although the US administration and NATO’s eastern members repeatedly called for a harsher stance against Russia.

The EU’s biggest economy is heavily dependent on Russian gas and oil, and the country’s plan to phase out nuclear power has further increased its dependence. Germany imports nearly 55% of its gas, and about 42% of its oil from Russia.

Russia has recently amassed tens of thousands of troops near Ukraine’s eastern border, prompting fears that Kremlin could be planning another military offensive against its ex-Soviet neighbor.

Moscow has denied it is preparing to invade and said its troops are there for exercises. Kremlin issued a list of security demands, including Ukraine not joining NATO, to calm the existing tensions.

On Jan. 26, after a series of talks, the US and NATO handed their written responses to Russia’s demands.